The Pleasures of Reading, Viewing, and Listening in 2018, part 1: Rachel Fellman 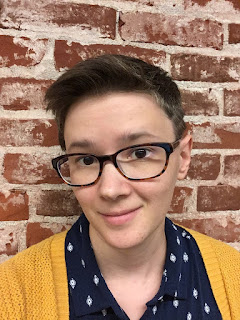 I got the sense that this wasn’t widely read in SFF circles. Certainly I almost skipped it, until I was tipped off by a Publishers Weekly best-of list -- and I’m a fan of Ortberg, just not a fan of satirical fairy-tale retellings. That’s what I assumed this would be, since he is primarily known as a satirist, and the cover is sort of jocular.

However! This book is not satire (though it is funny). It is not horror (though it is upsetting). Instead, it is a major fantasy debut – a witty and sinuous book, both dark and celebratory. I read most of it on commuter trains, and it’s an exquisite thing to read on a train: always switching tracks, changing moods, losing and finding the light, breaking from tunnel to sky, and you always know that the driver is in control and knows where he is taking you. He has an eye on the gender gauge. He is lightly adjusting a switch whose two settings are Dune and Cinderella. Please, if you passed over The Merry Spinster as I initially did, get on this train with me. We are going to have the most fantastic time. 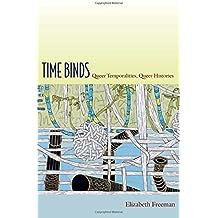 I read this as research for an article I wrote in my other life as an archivist, about Joanna Russ and James Tiptree, Jr. Listen, if you’re planning, for some reason, to read exactly one academic monograph in your adult life – try Freeman. Her concept of “queer time” is a vital idea, and a powerfully SFFnal one too; to her, to be queer is to step outside of history and outside of the set temporal pattern of a human life. She explores this idea in many dimensions, many of them quite gonzo. For fans of The Female Man who wish Russ had written more hardcore literary theory.

It’s hard to pitch you on A Thousand Acres, Smiley’s Iowa-set retelling of King Lear. This is because, despite being a thirty-year-old take on a four-hundred-year-old play, it’s a very dangerous book to spoil. Like Shakespeare himself, Smiley is a brilliant riffer who depends on your knowledge of a famous story for her impact; it’s all in the ways she twists it, the knots she ties in the characters’ minds. Instead, I have to ask you to trust me. Drive up to this with the headlights off. Explore it cautiously. And don’t let the door swing shut behind you, because then you’ll be alone with some absolutely terrible people.

A whipcrack noir with an unforgettable protagonist. I also read Moshfegh’s two other books this year, which isn’t medically advisable – like stacking three central nervous system depressants in a single evening – but this was my favorite. Moshfegh engages the reader in a perpetual game of chicken, and as her car gets closer and you see her strained face in the windshield, you inevitably realize that she is not the one who’s going to turn aside. 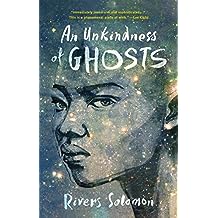 5. Rivers Solomon, An Unkindness of Ghosts

“Multiplicity” is the word for Solomon’s work. Every word is busy; every idea hums with energy, doing more than one job in the text, reaching out with delicate robotic fingers to nudge a character forward, ripping another character’s heart out in the same motion. It is always surprising, always daring, and ideas are deployed for a single scene that any other author would dine out on for at least a book, maybe a series. The novel teems.

What I really love about Solomon, though, is their keen, scything portrayal of people. All of their characters are multiply marginalized, and Solomon is really thinking about what it might mean to be autistic and enslaved, to be a slave and a doctor, a slave and a scientist. Each character is allowed to be complex, obnoxious, heroic, and fragile; I don’t know why more authors can’t bring themselves to let that happen. The pacing is quick, the mystery compelling, the prose artful. The central metaphor – the broken generation ship as failed state – is handled to perfection. And, my God, does it stick the landing!

Batuman’s memoir of academic life is a unique entry in the field of depressive comedy. Most depressive humor ends up rather vaudevillian: ironic, paradoxical, wry, life’s threadbare pageant, etc. But for Batuman, depression and comedy are formed of the same matter. Nothing is a distraction, nothing is a sublimation. This is simply a very funny book about being very sad.

Like the great 19th-century Russians who are her academic specialty, Batuman is interested in the tension between fiction and criticism and history and memoir. With The Possessed, she wanders through this tension as if through it were a dense and rocky landscape, hiding behind the giant stones, prodding them, sometimes pushing them over. Her novel The Idiot approaches the same landscape from the other end; I also read it this year, and it’s also great. 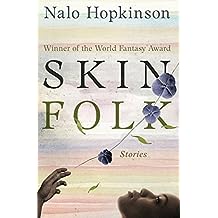 This is a classic that I read shamefully late. Hopkinson is supple and subtle; the moment you start to see how her stories will play out, she holds out her hand, stops them, whisks them aside, and brings forth others. Her emotional register is a grand piano; these stories explore joy and disgust and shame and sexiness and many other emotions too complex to name. And she uses a richer, more intricately intonated English than almost anybody. More than anything else on my list, Skin Folk doesn’t need my help, but if you’re like me and have managed to miss it all your life, it’s time.

8. Wilkie Collins, The Woman in White

Typically for Collins, this is a high camp masterpiece 40% of the time, a shockingly forward-thinking feminist epic 30% of the time (the Count has called a duel and the chosen weapon is RESPECT FOR MARION), and the rest is exhausting minutiae and romantic schlock.

More than anything, it’s a book about gaslighting -- hence its careful focus on multiple witnesses who are taken in to various extents, its awareness of what it takes to build and dismantle an edifice of lies. Worth reading for anyone interested in Victorian Gothic fiction, with its operatic emotions and its quiet observation of everyday evil. It is also, for what it’s worth, funny as hell, and Count Fosco lives up to his reputation as one of the weirdest and most magnetic villains in literature.

Well, this is enormously legit – the apocalyptic mumblecore masterpiece I’ve been waiting for all my life. At times, it’s so terrifying and so absorbing that I was surprised, when looking away for a moment, to realize that I wasn’t already living in its world. I don’t typically have that experience with novels. It also plays out its central conceit and metaphor – a fungal disease that makes people revert to nostalgic, repetitive motions until they die of thirst and starvation – with a wonderful lightness of touch, trusting the reader to follow all of the frayed threads of metaphor until they break. The ending is a finely balanced piece of ambiguity.

10. Stephen Greenblatt, Will in the World: How Shakespeare Became Shakespeare

I read a bunch of Greenblatt this year, including his outstanding Tyrant, but this one feels definitive – the place to start, and a model for the openly fanciful biography of a public figure who leaves behind a very slight archival record. Combining literary criticism, exploratory research, and a certain degree of brawling with his peers, Greenblatt’s work is speculative in the SFFnal sense, and it will please SFF readers who want to understand a world so different from ours that it may as well be another planet.

Rachel Fellman is an archivist in Northern California. She writes sharp, painterly science fiction and fantasy about her various preoccupations: art history, extreme survival, toxic love, queer identity, and terrible moral choices. Most of her protagonists are great at exactly one thing and are continually prevented from doing it. Aqueduct Press published her debut novel, The Breath of the Sun, earlier this year.
Posted by Timmi Duchamp at 6:00 AM