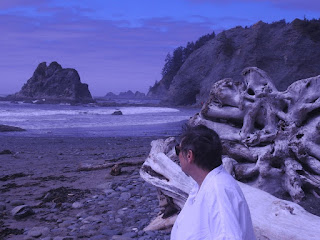 For me, this has been a year of doing a lot of reading to help me think--which, in a sense, is a return to an earlier practice, one I pretty much gave up when I started Aqueduct Press. I suppose I thought of this loss of mental discipline as unavoidable, at least for the first few years of Aqueduct's existence. Dropping a habit of discipline, though, has the downside of making it tough to do casually what was previously habitual. I wonder now whether that might not be the reason I began to feel out-of-synch with the world, despite my spending hours in online activity, plugged into social media, the blogosphere, and the 24/7 news cycle. I assumed it was the effect of aging.

And then, in late 2016, like many people I knew, I felt massively confused; the political events of 2016 clobbered me into a momentary mental/psychic standstill. Appalled by this standstill, I vowed to return to the kind of interior life I felt I'd lost, an interior life that I knew requiring sustained slow-reading and slow-thinking. To reclaim that interior space, I withdrew from most of my online activity and struggled to establish a new set of habits. It took a protracted effort and the determination to reallocate my attention. My spending three months a year writing in seclusion in Port Townsend has been enormously helpful in doing that.

2018, perhaps as a result of this personal reorientation, perhaps for other reasons, has been a year of clarification. I'm currently drafting an essay about some of the reading that has helped clarify my thinking, so I don't really want to say much more about that here. Instead, to close out the year, I'd like to quote from a Walter Benjamin essay that I've recently reread, "Theses on the Philosophy of History." Benjamin drafted this essay in the spring of 1940, shortly before his death. It's a piece full of glittering gems of thought as quotable, I think, as many of Nietzsche's aphorisms. I'll quote only the eighth thesis (translated by Harry Zohn). Although our moment is not that of Europe in 1940, the challenge Benjamin issues in this thesis has mostly yet to be met. (And what a different world we would be living in, I think, if it had been met.)


The tradition of the oppressed teaches us that the "state of emergency" in which we live is not the exception but the rule. We must attain to a conception of history that is in keeping with this insight. Then we shall clearly realize that it is our task to bring about a real state of emergency, and this will improve our position in the struggle against Fascism. One reason why Fascism has a chance is that in the name of progress its opponents treat it as a historical norm. The current amazement that the things we are experiencing are "still" possible in the twentieth century is not philosophical. This amazement is not the beginning of knowledge--unless it is the knowledge that the view of history which gives rise to it is untenable.


I don't think that thinking of our current situation as an instance of "Fascism" is helpful. But examples abound of people wondering at how what we are experiencing now (and fearing to experience in the near future) is "still" possible--and, perhaps more to the point, that all these new "populist" regimes are derailing the "progress" and "competence" assumed to drive history. Sad to say, this attitude informs the most popular strains of feminism, and it unfortunately dominates the loudest voices in the Democratic party. Resistance doesn't lie in rolling back time and getting the Progress Train back on track. It means going someplace new, somewhere we've never before been. Given all we've learned about the climate-change juggernaut this year, it's our only hope. 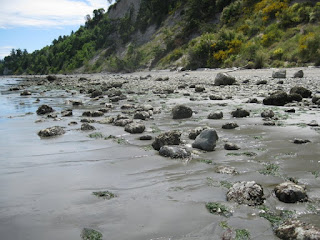 Posted by Timmi Duchamp at 5:20 PM

"Resistance doesn't lie in rolling back time and getting the Progress Train back on track. It means going someplace new, somewhere we've never before been."
This. A thousand times this.