The Pleasures of Reading, Viewing, and Listening in 2018, part 10: Andrea Hairston 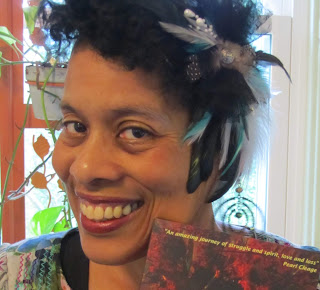 All praises to the spirits of this land! We are storytellers, speaking in many voices, dancing in many idioms. We ask how can we be different, together. All praises to the animals and peoples who lived here before, to the old rocks, rivers, and trees that let us breathe and grow! All praises to everyone and everything making this world now. We are griots, reaching for sacred truths, not robber barons hiding behind a high tech curtain of disinformation.

Many storytellers inspired me this year. They got me up in the morning, kept me going all afternoon, and helped me sleep at night. 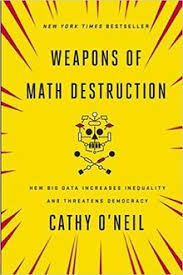 Weapons of Math Destruction by Cathy O’Neil and Algorithms of Oppression by Safiya Umoja Noble were excellent brain and spirit food. O’Neil and Noble expose big data algorithms and technological practices that pose as neutral, as fair and impartial, but in fact are steeped in imperialist, patriarchal, and white supremacist values. Algorithms are used in the courts and schools, in employment and medicine, banking and finance for life-changing evaluations and decisions. Algorithms are seen as superior to subjective, biased humans. Yet, these algebraic wonders create feedback loops that amplify the privilege and power differentials that have haunted America from its beginnings. Eagerly deploying invisible, ubiquitous weapons of math deception, we colonize the future. We chain the new world to the dominant modes of the old world.
The good news is we can recalibrate and interrupt the vicious cycle. For that, stories are needed, not just data points. Stories (and prayer) can’t be reduced to Algebra! Human intervention is essential. The mathematical models must be checked against real-world outcomes, must be adjusted to the context of specific people and their particular stories. We can dismantle the feedback loops that strangle our humanity. We just need the vision and will to do this. We need a better story on the limits of algorithms!

Other engaging nonfiction books that I read this year: The Patterning Instinct: A Cultural History of Humanity's Search for Meaning by Jeremy Lent and Your Brain’s Politics: How the Science of Mind Explains the Political Divide by George Lakoff and Elisabeth Wehling. Both books investigate the core metaphors we use to make value and meaning. Abstract thought emerges from everyday world experience and is embodied/expressed in metaphors. These metaphors structure what we think and what we don’t think. Lent, Lakoff, and Wehling puncture the myth of objectivity. There is no God's eye view of a singular universe to be had.We live in a multiverse—yet embracing a plurality of vision is a great challenge.

Fiction can afford us a view of the multiverse. 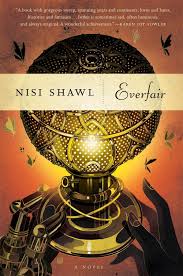 Almost fifty years ago I wrote and directed a play that featured a black cleaning lady as one of the heroes. She faced down bad guys, solved several mysteries, and helped save the day. I was a senior in college, and this was my first full-length play. Some audience members were disturbed that the hero was a cleaning lady. This meant I was putting “negative images” of black people on stage. A lot of folks just didn’t want a cleaning lady character in the play at all. A trial was convened and I was accused of spreading negative images of black people. This was serious social drama in the 1970’s! The verdict was inconclusive. For almost fifty years since, I have faced resistance to the lower class, black characters I write who use black vernacular English, know languages other than English, and understand physics and how to solve a tricky mystery (see Lawanda in Mindscape). So of course, I was thrilled to see Guillermo del Toro’s Shape of Water and watch cleaning ladies fight the power and set the world right. The creature from the lagoon stole my heart. I also had a blast reading Nisi Shawl’s Everfair and Naomi Novik’s Spinning Silver. Shawl’s and Novik’s main characters come from the center and margins of their societies. The labor they perform is not a measure of their spirits. Diversity is power. The characters figure out how to be different together and transform their worlds. This is enormously entertaining. 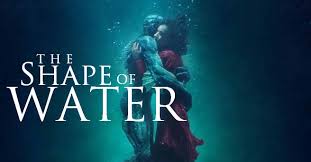 At the movies, I had great fun watching a crew of women pull off the perfect heist in Oceans Eight and Widows. The Women of Wakanda who save the day in Black Panther made me want to write an essay. Spike Lee’s Black Klansmen and Drew Goddard’s Bad Times at the El Royale are a surreal blast from the past. Boots Riley’s Sorry to Bother You is a surreal blast from tomorrow. Forget the one man with a big stick, ray gun, or wand saving the world. In each of these films, a motley crew defies the forces that would destroy us all and live to tell their tale.

All praises to the storytellers who keep rescuing me every day

Andrea Hairston is that author of Will Do Magic For Small Change, finalist for the Mythopoeic Award, Lambda Award, Tiptree Award, and a New York Times Editor’s pick. Her other novels include Redwood and Wildfire, a Tiptree and Carl Brandon Award winner, and Mindscape, winner of Carl Brandon Award, finalist for the Philip K. Dick Award, and a Tiptree Honor List book. All her novels were published by Aqueduct Press. She has also published essays, plays, and short fiction and received grants from the NEA, Rockefeller Foundation, and Ford Foundation. Andrea is a Professor of Theatre and Africana Studies at Smith

Posted by Andrea Hairston at 6:00 AM