The Pleasures of Reading, Viewing, and Listening in 2018, part 5: Nisi Shawl 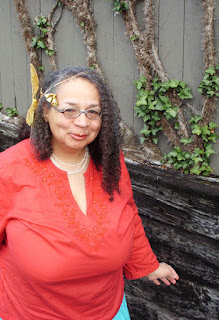 A Never Land
by Nisi Shawl

This was the year my mother died. Those who knew her appreciate the depth of this tragedy and understand my grief. Those who didn’t will have to take the word of others that she was a remarkable woman, and accept my declaration that she was my closest friend.

When June died I was in the midst of a slew of commitments to teach, give talks, and lead workshops around the world. I cancelled one session of one class, but otherwise kept to my schedule, fitting her two memorial services around dates already spoken for. I kept on going despite the unending sorrow of my loss. How?

Drugs and escapism. Well, all right, not exactly drugs--merely a tincture compounded of certain somnorific herbs with which I’m familiar. Herbs that helped me drown the wakeful voices nagging me out of my much needed rest. I resorted to escapism in bed at night, before sleep came, curled up with my phone and binge watching episodes of the Jeeves and Wooster series. Stephen Fry and Hugh Laurie play the pair to perfection: elegantly drawling, goggling, eyebrow-arching, shrugging, smirking, and toodle-pipping their way through a Wodehousian fantasy world.

And it was a fantasy, one that enfolded me. Nothing to do with me or my mother or brain aneurysms or questions of life insurance, cremation, debt cancellation, or any of the other problems I had to eventually grapple with. Instead, there was this never-existent landscape filled with mists and mansions. Jolly feudalists jousted with one another over improbable accounts of kangaroo race-fixing and similar sillinesses. Far, far from the rational, duty-crowded round of my daily life.

My favorite episode, though, does have a few moments of racially aware humor. Gormless Bertie Wooster poses as the chief of the fictional African “Umgali” people in unconvincing blackface, mouthing stereotyped pidgin phrases about traveling across the “great water” in a “much, much, much big iron boat.” Then the real chief of the Umgali appears, identically garbed and wielding a royal horsehair fly whisk, speaking in cultured Oxford accents and sharing reminiscences about school athletics with the local bigwigs. The joke is on Wooster and his flat, failed misrepresentation of a multi-layered human being.

I liked that. I liked laughing at the foolishness of not according the “Other” three-dimensionality, or at least dimensionality of some sort, a depth consonant with the fairy-tale topography where Jeeves and Wooster frolic, work, and play. The Cockaigne wherein I have eluded my most recent sorrow.

Nisi Shawl is the author of  Filter House, which won the James Tiptree Jr. Award and was nominated for the World Fantasy Award, Something More and More, her WisCon GoH collection, and, with Cynthia Ward, the co-author of the celebrated Writing the Other: A Practical Approach, and the editor of The WisCon Chronicles, Vol. 5: Writing and Racial Identity, all of which are published by Aqueduct Press. Aqueduct Press has also published Strange Matings: Science Fiction, Feminism, African American Voices, and Octavia E. Butler, which Nisi co-edited with Rebecca Holden. Tor released her brilliant alternate history/steampunk novel, Everfair, in 2016. She is also the editor of the widely and wildly acclaimed anthology, Stories for Chip: A Tribute to Samuel R. Delany and other anthologies.  She reviews science fiction for the Seattle Times and writes columns for Tor.com and The Seattle Review of Books, is a member of the Clarion West board, teaches writing workshops at Centrum in Port Townsend, WA., and is the reviews editor of The Cascadia Subduction Zone.