The Pleasures of Reading, Viewing, and Listening in 2016, pt. 9: Jackie Hatton 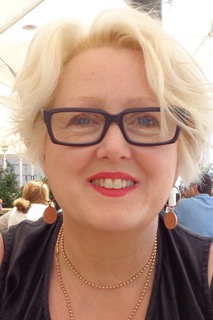 The Joy of Books Set Very Far Away...
by Jackie Hatton


This was a hard year for feminists, humanists, and our troubled, struggling, divided world in general. The news was depressing and incessant. Facebook was worse. I turned off the noise whenever possible and sought refuge in books that transported me to wonderfully different and remote places. In 2016 I spent a lot of time escaping off-world. Accordingly, my greatest hits list for this year is a selection of books that take the reader far away from the buzzfeed of the here and now. In spite of the fact that they all explore the ubiquitous contemporary problems of inequality, suffering, and the damage that self-serving politics do to societies, these books nevertheless proved a great salve for my weary mind. The best kind of science fiction not only opens our minds to other ways of seeing, thinking, living, and relating; it changes the very way that we feel. There is nothing that renews the spirit quite like getting Very Far Away sometimes.

Emma Newman: Planetfall (Ace/Roc, Nov 2015) One troubled woman’s account of the perils of following ideology to the end of the galaxy.


Lily Brooks-Dalton: Good Morning Midnight (Random House, 2016) Loneliness and the human need to connect, even when there’s nobody else out there.


(Our own) L Timmel Duchamp: The Waterdancer’s World (Aqueduct Press 2016) An array of formidable women shape the destiny of a very unlikely planet colony.

And luckily for me as I head into the winter reading season, some of these great books already have sequels (or companions). Look for After Atlas by Emma Newman and books two and three of the Remembrance of Earth’s Past series—The Dark Forest and Death’s End—by Cixin Liu.

Jackie Hatton was born in Australia. She spent a glorious girlhood in Tasmania, came of age in the suburbs of Melbourne, became her own person at Melbourne University, then jumped at the opportunity to move to the US for graduate school. She was taught by a long series of strong-minded women who encouraged her in many different ways and to whom she is permanently indebted. After completing her Ph.D. in American Women's History at Cornell University she has done many different things, most of which fall under the rubric of "pen-for-hire." She lives in Amsterdam. Aqueduct Press published her novel Flesh & Wires last year. You can find her at www.jackiehatton.net.
Posted by Timmi Duchamp at 5:00 PM