The Pleasures of Reading, Viewing, and Listening in 2016, pt. 11: Nancy Jane Moore 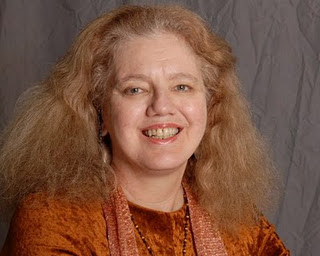 Things That Moved Me in 2016
By Nancy Jane Moore

While I am a strong believer in the importance of fiction, I seem to have read – and been moved by – more nonfiction in the past year. I think this was because the nonfiction I read was complex, leaving me less reading time for fiction. There’s a pile of novels I keep meaning to get to, but they will have to wait for next year’s report.

As one who cannot see any way we get out of the twenty-first century without serious chaos and collapse (although I am still holding out hope that the human race will not lose our shaky progress toward becoming civilized beings in the process), I found Donna Haraway’s Staying with the Trouble: Making Kin in the Chthulucene  the most thought-provoking SF – that’s speculative feminism, science fiction, science fact, string figures and a good many other things – of the year. And that was before the November debacle. In the day at hand, it is an essential guidepost for dealing with a world gone mad. Haraway is never an easy read, but that’s because she makes us think, reminds us that none of us are innocent, and crosses disciplinary boundaries with a blitheness that daunts many who would prefer to stay in their own intellectual sphere.

As an accompaniment to Haraway, I recommend a book by her colleague at the University of California, Santa Cruz, Anna Lowenhaupt Tsing: The Mushroom at the End of the World. Matsutake mushrooms – an expensive delicacy – grow in disturbed forests. Tsing’s look at the culture of those who pick the mushrooms is anthropology at its finest, and offers us more metaphors for how to live in a world where everything is disturbed.

Ed Yong’s I Contain Multitudes reminded me that people are still making amazing discoveries about our planet and its inhabitants. This thorough report on research into microbes and the microbiome is part of why I hold out hope for the valuable side of human progress. Research matters.

I read (confession: I’m still reading) three excellent books on racism this year. As a white person with Confederate ancestors who grew up in a small Texas town, I am intimately familiar with both dog-whistle and blatant racism focused on African Americans. But even with my background, I don’t understand why white people continue to be so susceptible to this nonsense, so I went looking for more information. Stamped From the Beginning,  by historian Ibram X. Kendi, provided the most useful analysis of the problem by looking at responses to slavery and post-Civil War racism as segregationist, assimilationist, or anti-racist. Segregationist is obvious, but the distinction between assimilationist and anti-racist provides the kind of thoughtful understanding that shows how deeply embedded racist perceptions of Black people are in the U.S.

Prof. Carol Anderson’s White Rage  does a similar job of looking at the racist actions from slavery through the present to show how violent and abusive white responses to African American rights came at every turn. The title alone is a good reminder that racism is a white problem, not a Black one. That is, Black people suffer, but the ultimate fix requires a change in white behavior.

Ned and Constance Sublette’s The American Slave Coast  – an exhaustive history of U.S. slavery that includes how Virginians, in particular, began to “breed” slaves by using laws that enslaved children of any woman slave – is a difficult but rewarding look at one of the very ugliest parts of U.S. history. All of these books enraged me, but they also inspired me.

By the way, I found White Rage when I was stuck on a stalled subway train. The guy standing next to me was reading it while I was reading Nisi Shawl’s Everfair. We exchanged book recommendations. I hope he did go get Everfair, because it is a valuable accompaniment to reading about the history of racism – a world that might have been and one that recognizes racism and related struggles while finding solutions. Imperfect solutions – this is not utopia – but better ones than the “real” world has come up with so far.

I also saw the Oakland Museum of California’s exhibit on the Black Panthers, which was complemented by an exhibit of posters and art also celebrating the Panthers at Oakland’s Impact Hub. Oakland was the birthplace of the Panthers (as it is also a key part of the Black Lives Matter movement), and reflecting on their work after fifty years is inspiring, useful, and a reminder of how hard change can be.

On a completely different note: the book I enjoyed the most this year was Rue Harrison’s Indigo Animal: the Complete Trilogy. This charming work of art defies categorization. It’s not exactly a graphic novel, though it’s a story with paintings. It’s a simple story, but it’s not a children’s book. Basically, it just does everything good writing and art ought to do: shakes up your brain and makes you look at the world (and lawn statuary) differently.

One way I keep going daily is to read comics online. These days I’m a particular fan of Breaking Cat News, Strong Female Protagonist, Scary Go Round, and Connie to the Wonnie.

As a final note, I want to mention something that isn’t read or watched, but simply experienced: hiking on our public lands, in my case in California. I did an extensive backpacking trip in the Ventana Wilderness in the Los Padres National Forest in June and also did more casual hiking in the redwoods and at Point Reyes National Seashore. The Ventana Wilderness trail has not been well-maintained due to poor funding of the Forest Service. Not only was it overgrown, but most of the growth was poison oak. Further, along many cliffs the trail was severely eroded, plus large trees had fallen across the trail. These were quite difficult to climb over. But while this trail was much more challenging than I would have wished – I no longer need to overcome extreme physical difficulties to feel good about myself – it went through some of the most gorgeous country I ever hope to see. The area we hiked was severely damaged by the Soberanes fire that began in July and went on for over two months, so it cannot be used at present. The fire was extreme, but the overgrowth made it inevitable. It is too bad that judicious use of fire, such as that practiced by the indigenous Californians before the arrival of the Spanish and then the Americans, both of whom “knew better,” was not used to keep the situation from getting out of hand. Even with the difficulties, there is no substitute for being out in nature. It’s something we all need. In the United States we are blessed with many great natural spaces, even after so much over-building and growth. We must keep them.

Bio: Nancy Jane Moore is the author of the science fiction novel The Weave, the novellas Changeling and Ardent Forest, and several collections of short fiction. Currently she is working on a book on feminist embodiment and on another novel. She has studied martial arts for over thirty-seven years and holds a fourth-degree black belt in Aikido. A native Texan, she lived in Washington, DC, for many years and now resides in Oakland, California.
Posted by Timmi Duchamp at 6:00 AM