The Pleasures of Reading, Viewing, and Listening in 2016, pt. 7: Caren Gussoff 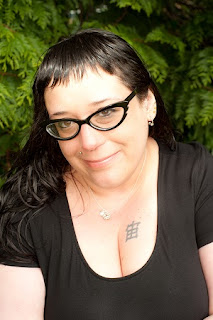 The Pleasures of 2016: How One Social Justice Warrior Prepares to Fight for 2017
by Caren Gussoff

I've been trying to write about the pleasures of 2016. There's a cogent draft, sitting in my Google Drive: cogent, but half-hearted, and, in places, downright despondent. Trump's endorsing a yahoo, who famously forgot the Department of Energy even existed, to lead it, replacing a Nobel Prize winning physicist. Citizens in Aleppo are posting final farewells on social media. Hamas supporters are celebrating the group's 29th birthday by giving their children toy machine gun replicas to wave in the streets (regardless of where you fall on this issue, why not give the kids, I don't know, balloons?).  And this is just today's news, the 14th, as I type this. 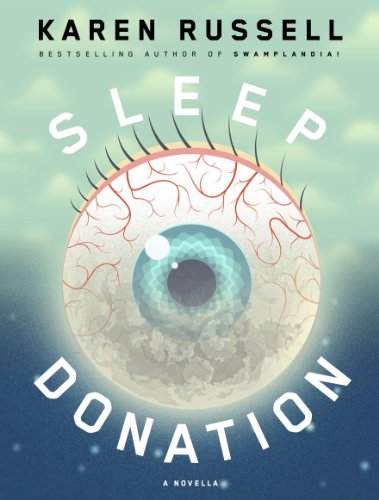 I want to tell you about Adrian Barnes' Nod, which turns our collective anxiety and dysfunction over sleep (so beautifully exploited in Karen Russell's 2014 novella, Sleep Donation) into the plague that ends the world, but not before a carnival of phantasmagorical horrors -- nightmares, even -- set us up for the kill.

Or Charlie Jane Ander's All The Birds In the Sky, which tells half its story of time through the quirky, and sometimes maddening, structure of the book itself, rekindling my optimism about postmodernism and the genre novel.

There was also Keanu, a film that disguised its incisive social satire and honest glimpse at race relations in a post-Obama America behind one of the cutest kittens to be captured on film.

I really did want to spend all my time on these, because they are totally worth it, and maybe more so, now, as glittering islands of human goodness in a world that feels like lightness may become a precious commodity, and one to fight for.

In that spirit, I want to share my (in progress) reading list for 2017. There's so much I don't know, and while I mayn't take pleasure in why these are on my reading list, I will in knowing that whatever is down the road, I'm using my brain and my voice, as well as my heart. I want to have pleasures again, in 2017, 18, and onward.

1. The Qur'an: I can't defend Muslim brothers or family unless I go to the source.

2. Man's Search For Meaning: Viktor Frankel survived Auschwitz, physically and spiritually. He left us a guide as to how he did this.

3. The New Jim Crow: Mass Incarceration in the Age of Colorblindness: We elected the first black president, yet incarcerate disproportionately more black men. And, if nothing else, November results illustrate that racism remains alive and well.

5. Black Panther -- A Nation Under Our Feet: For when I feel squashed beneath this list, Te-Nehisi Coates' take on the Marvel hero will remind me what we're fighting for to begin with.

I would love to hear more suggestions for my list. Comments are appreciated, or email me directly at caren at spitkitten.com.

Caren Gussoff''s novella, Three Songs for Roxy, a First Contact story, was published as a Conversation Piece in 2015, and her pandemic zombie math novel, The Birthday Problem, preceded that by a year. She has published numerous pieces of short fiction. For more about her and a list of her publications, visit her at spitkitten.com.
Posted by Timmi Duchamp at 6:00 PM