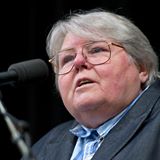 The election of Donald Trump to the Presidency of the United States is nothing less than mockery of the American democratic process, mockery of the American Constitutional form of government, and a triumph for the white nationalistic, supremacist, misogynistic, racist, homophobic, and authoritarian forces in American society. Donald J. Trump’s victory, and elevation to the status as president, is a backlash of the white dominant class against the collective minority classes within the United States and an omen to liberal democracy of things to come. On January 20, 2017 we will say goodbye to the first African-American President of the United States. Barack Hussein Obama has served this great nation with compassion, dignity, integrity, and generosity. We will be witness to the inauguration of Donald J. Trump to the presidency of the United States. Donald J. Trump, a white man who curried the favor of the white supremacist, nativist, nationalist, xenophobic, and neo-Nazi elements in this country by promising to restore to them the glory days of Jim Crow, will now be President. A con man, a flimflam artist, and philanderer is President. It is hard to imagine a worse candidate for President. Yet the American dominant class composed largely of white men and women have struck back in an attempt to strike down all the social and fiscal changes that have leveled the playing field for the minority groups within the United States.

Unfortunately the ramifications of this ill-conceived Presidency are likely to have long-term effects: a socially and fiscally conservative Supreme Court; a President who considers women chattel property and minorities as leeches, who has a total disregard for civil liberties, truth, and scientific fact, and a man who discourages simple human decency in favor of denigration. Trump espouses and encourages the unbridled vulgarity, know-nothing attitude, disdain for education, and love of a dog-eat-dog free-market approach to economics that is the mantra of the KKK and neo-Nazi groups. His campaign rhetoric inflamed the passion of the angry white person, especially the angry white male and to a lesser extent the angry white female. His president-elect acceptance speech and post-election behavior continues to inflame racists to take actions they feared to take under the last four previous administrations. I expect his presidency will be no different. This dominant class made up largely of angry white people now has a leader of whom they approve and who approves of them, and that combination will sorely test the strength and resolve of this nation to remain one nation undivided with liberty and justice for all.

This dominant class of angry white men and women dashed the hopes of feminists by putting Hilary Clinton in her place. They showed how easy it is to smear a woman’s reputation. The employment of fake news sites proliferated and had one main focus---destroy any chance that Hilary Clinton had of becoming president by any means necessary, using connections in Congress and the FBI to agitate and foment suspicion. Angrily beat that horse even after it was dead was their motto. They relentlessly used innuendo and vague references to undermine her credibility. She valiantly fought off relentless attack after vicious attack; however, the forces of angry white men and the collaboration of angry white women just kept coming with one lie after another. I think that Hilary Clinton had no idea how social media and fake news sites were proliferating the innuendo, vague rumors, and fantastic stories of atrocities committed by her or in her name.

This dominant class of angry white men and women has with the election of Donald J. Trump, the epitome of “the ugly American” and antithetical to openness and inclusiveness, dealt a horrendous blow to all who believed in the inherent goodness of people. The dominant class of angry white people has decided that all of us should live in their world, where white vanity is in vogue, hatred of the Other is normative, white arrogance is merely pride of heritage, where there is no truth but their truth, where recklessness is heroic and patriotic, and disdain of democratic process is their right. As in Germany in the 1930s, these attitudes and behaviors will lead us into a world of misery, national decline and untold suffering.

Commentators, talking heads of all kinds, are trying to normalize the situation by telling us to remain calm and we are good people here in America and everything will be just fine. They are down-playing the virulence of the racist rants and hate crimes. They refused to report on the debacle at Standing Rock and the poisoning of the Navajo waters by mine waste. In the meanwhile, Donald J. Trump flies around in his private aircraft, refuses to live in the White House, and takes actions that he has no authority to take.

This dominant class of angry white people are behaving foolishly, recklessly, and self destructively both in the aggregate and as individuals. They now have a narcissistic, cunning demagogue who is only too willing to whip them into a frenzy of white pride and rage and ride the waves of their adulation.


*****
Diantha Sprouse earned a BA in psychology with a minor in women's studies from Ohio State University.  She earned her MSE from the University of Wisconsin-Platteville. She is currently the sole proprietor of Heritage Hunters Genealogy Services. She resides in Arlington,  Virginia with her spouse of thirty plus years and their dog Rex.
Posted by Timmi Duchamp at 5:07 PM