Science (and Science Fiction) at the Vatican

Here in the US the most visible and vociferous members of the religious establishment (i.e., the fundamentalists) are doing their damnedest to suppress science and would like to return our understanding of the physical world back to that of Europe in 1600. That's not the case with the Vatican (and here I'll bracket certain feminist differences I have with the Roman Catholic establishment). The AP's Vatican looks to heavens for signs of alien life, an article by Ariel David, reports on a conference at the Vatican devoted to astrobiology:

The questions of life's origins and of whether life exists elsewhere in the universe are very suitable and deserve serious consideration," said the Rev. Jose Gabriel Funes, an astronomer and director of the Vatican Observatory.

Funes, a Jesuit priest, presented the results Tuesday of a five-day conference that gathered astronomers, physicists, biologists and other experts to discuss the budding field of astrobiology — the study of the origin of life and its existence elsewhere in the cosmos.

Funes said the possibility of alien life raises "many philosophical and theological implications" but added that the gathering was mainly focused on the scientific perspective and how different disciplines can be used to explore the issue.

Chris Impey, an astronomy professor at the University of Arizona, said it was appropriate that the Vatican would host such a meeting.

"Both science and religion posit life as a special outcome of a vast and mostly inhospitable universe," he told a news conference Tuesday. "There is a rich middle ground for dialogue between the practitioners of astrobiology and those who seek to understand the meaning of our existence in a biological universe."

Thirty scientists, including non-Catholics, from the U.S., France, Britain, Switzerland, Italy and Chile attended the conference, called to explore among other issues "whether sentient life forms exist on other worlds."

The Church of Rome's views have shifted radically through the centuries since Italian philosopher Giordano Bruno was burned at the stake as a heretic in 1600 for speculating, among other ideas, that other worlds could be inhabited.

Scientists have discovered hundreds of planets outside our solar system — including 32 new ones announced recently by the European Space Agency. Impey said the discovery of alien life may be only a few years away.

"If biology is not unique to the Earth, or life elsewhere differs bio-chemically from our version, or we ever make contact with an intelligent species in the vastness of space, the implications for our self-image will be profound," he said.

This is not the first time the Vatican has explored the issue of extraterrestrials: In 2005, its observatory brought together top researchers in the field for similar discussions.

Darwin's theory of evolution is clearly at the heart of all astrobiology. As I was reading this, I thought, given that not everyone in the Catholic Church is on the same page vis-a-vis Creationism, the Vatican's interest in astrobiology must make it somewhat controversial. And just so, for here's David:

Today top clergy, including Funes, openly endorse scientific ideas like the Big Bang theory as a reasonable explanation for the creation of the universe. The theory says the universe began billions of years ago in the explosion of a single, super-dense point that contained all matter.

Earlier this year, the Vatican also sponsored a conference on evolution to mark the 150th anniversary of Charles Darwin's "The Origin of Species."

The event snubbed proponents of alternative theories, like creationism and intelligent design, which see a higher being rather than the undirected process of natural selection behind the evolution of species.

Still, there are divisions on the issues within the Catholic Church and within other religions, with some favoring creationism or intelligent design that could make it difficult to accept the concept of alien life.

Working with scientists to explore fundamental questions that are of interest to religion is in line with the teachings of Pope Benedict XVI, who has made strengthening the relationship between faith and reason a key aspect of his papacy.

Recent popes have been working to overcome the accusation that the 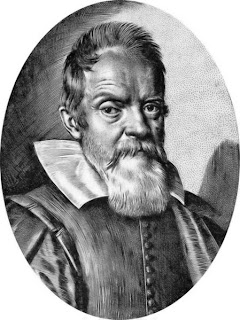 church was hostile to science — a reputation grounded in the Galileo affair.

In 1992, Pope John Paul II declared the ruling against the astronomer was an error resulting from "tragic mutual incomprehension."

Tommaso Maccacaro, president of Italy's national institute of astrophysics, said at the exhibit's Oct. 13 opening that astronomy has had a major impact on the way we perceive ourselves.

"It was astronomical observations that let us understand that Earth (and man) don't have a privileged position or role in the universe," he said. "I ask myself what tools will we use in the next 400 years, and I ask what revolutions of understanding they'll bring about, like resolving the mystery of our apparent cosmic solitude."

The Vatican Observatory has also been at the forefront of efforts to bridge the gap between religion and science. Its scientist-clerics have generated top-notch research and its meteorite collection is considered one of the world's best.

Hmm. My inner historian is agog. Strengthening the relationship between faith and reason-- that sounds really familiar. Go Peter Abelard!
Posted by Timmi Duchamp at 2:29 PM

Email ThisBlogThis!Share to TwitterShare to FacebookShare to Pinterest
Labels: astrobiology, science and religion

Funes was appointed to his post three years ago, after the pope dismissed his predecessor for being too outspoken in his opposition to Intelligent Design and for too vigorously championing Darwin's Theory of Evolution. (See the article in the Chronicle of Higher Education.

Yeh, I read about that on Pharyngula and made the same joke about his name back then.