The Pleasures of Reading, Viewing, and Listening in 2007, Pt. 7: Kelley Eskridge and Therese Littleton 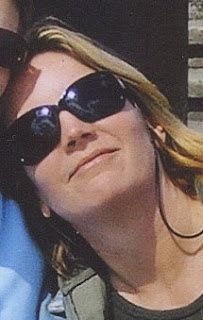 I've been trying to make a list of favorite texts—I want very much to be a "good student" for Timmi, who has done so much for me this year—but I just keep wanting to testify instead. So here it is: brothers and sisters, I've spent 2007 writing story and screenplay, trying to make characters come alive in all their human complexity, to give them big moments, big feelings, high stakes, everything to win or lose. I have given myself to "Dangerous Space" and this movie of mine more completely than anything in a long time, and it's the most enormous rush, and all I want is more.

So I've been searching for text that fuels that process, that helps me open deep doors inside myself and bring back what I find there. Flat-out no-holds-barred story told with such skill that the skill itself is transparent, so I am simply transported there and live it until it's done. And then come back and take a breath, and think, Okay, okay, if they can go there, then I can do it too. I have no patience right now for anything less.

I have tried to have this thing that people call taste. I've tried to like what I'm supposed to admire, even when it leaves me emotionally flat. But this is the year I gave it up: gave myself instead to stories that make me weep or yearn or burn with joy. Stories of love, sex, finding and losing oneself, the ecstatic moments of letting go and the desperate moments of holding onto what must not be lost. Stories where I can meet the parts of myself that make me feel like the tree the second before the lightning strikes.

So where am I finding this in fiction? Nowhere new… recent speculative fiction is leaving me flat, and a lot of mainstream fiction is just so fucking precious. But I've returned to some old friends: Patricia McKillip's The Forgotten Beasts of Eld—so delicate and so tough—and her Riddlemaster trilogy, whose people live so clearly in me that I know exactly the kind of friends we would be. That's the great gift of great text, a story so true that I want it to be real. Patrick O'Brian's Aubrey/Maturin series, which pound for pound may be the most joyful books I've ever read. The Lord of the Rings, the enormity of being human and doing what must be done. And Nicola's books this year: Always, with the beautiful Aud who is powerful and fractured and so human within the cracks; And Now We Are Going To Have A Party, which tells stories I've heard for nearly 20 years in a different way, playful and searing, that makes me see them and her anew.

I'm finding it in television and films. I love Torchwood for its matter-of-fact transgressiveness, and Jekyll for making me love a monster, for making me wonder what it's like to be so free. Buffy, Deadwood, Battlestar: Galactica, My So-Called Life—such different shows, but they all understand that the small moments are where we find ourselves surprised by hard choices and big feelings.

Films that did it for me this year: Ratatouille, The Woodsman, Lawrence of Arabia, A History of Violence, and I am absolutely panting to see Sweeney Todd.

And these days I often turn to music, where big feelings are expressed with the whole body and no brakes on. Eddie Vedder singing Hard Sun; Heart and Magic Man; Ani DiFranco doing her Swan Dive live: I just want to get my feet wet until I drown, she sings, and she makes me want it too.

I was in a club a few weeks ago dancing like a dervish while Trent Reznor sang I want to fuck you like an animal/I want to feel you from the inside, and he wasn't singing to me or about me, he was singing for me. I had more cognitive dissonance from that six-minute song than I did from all the science fiction I read this year: me being sung by a man, a frisson as exciting as the first time I saw a woman with tattoos or a man in earrings and thought Oh my god, that's hot!

And it all goes back into the work. I listened a lot to The Cure this year. There's a song called Wrong Number with a chorus that goes I had the best laid plans this side of America/Started off in church and finished with Angelica—which I insisted on hearing as Started off with George and finished with Angelica. I blinked, and I smiled, and then I looked at the draft of "Dangerous Space" on my screen and thought, Okay, okay, if Robert Smith can go there then I can go there too…

Although in these lucky times of too many books I seldom like to retread old ground, in 2007 I re-read several favorite books: Moby-Dick (Herman Melville… I like the Norton Critical Edition), Master and Commander (Patrick O’Brian), and The Golden Compass (Philip Pullman). All three lived up to or bettered my initial assessment and I know I’ll re-re-read them all again someday. 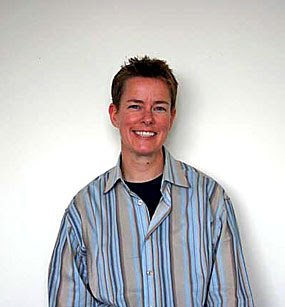 My favorite new book of the year was The Terror (Dan Simmons). I was so absorbed in it that I took it on vacation to to finish, even though it breaks my “No Heavy Hardcovers on Planes” rule. The scenes of freezing arctic mayhem and depredation actually had me shivering, even on the warm beaches of . The book inspired me to read the harrowing Escape from the Antarctic (Ernest Shackleton) part of the Penguin Great Journeys series of short adventure narratives. I now want to try more of these bite-sized tales of manly exploits.

Like so many others, I devoured Harry Potter and the Deathly Hallows (J.K. Rowling) the night it came out and loved it even through the marathon-induced headache. I also read The Privilege of the Sword (Ellen Kushner) and Riddley Walker (Russell Hoban), two very un-alike books that had two things in common: first, that I had been meaning to read each of them for a very long time, and second, that I thought they each lived up to the hype. The former is a massively enjoyable romp with a great setting and great gender-bending, two things I find irresistible. The latter is post-apocalyptic and told entirely in a difficult dialect. Swoon!

I can’t remember if I started Cloud Atlas (David Mitchell) in 2007, but I’m pretty sure I finished it during this year, so I’m going to count it as one of my favorite books of the year. I loved the symmetrical structure, the inter-narrative links, and the sense of vast time passing in this book. I suspect that if it had been written in the late ‘60s, it might have been published as a science fiction paperback, with a Richard Powers cover, instead of as a mainstream literary novel.

In nonfiction, I had a slow year. The only two that really stick out as memorable were in biology: The Big Oyster (Mark Kurlansky) is a delightful compendium of mostly accurate oyster facts and intriguing recipes, all set against the backdrop of New York City history. A Natural History of Sex (Adrian Forsyth) collects a lot of the more recent evolutionary thinking about sex and presents it through animal kingdom examples… some of which are totally, awesomely squirm-worthy.

I saw a lot of mainstream theatrical releases this year, and had a great time at a lot of them. I’ve tried to narrow down my list to the ones that I’d see again.

As I mentioned in the books section, I’m a Harry Potter fan, and Harry Potter and the Order of the Phoenix was my favorite film yet. I really like the actors better the older they get, and the films are getting better at special effects, costumes, sets, and plotting. Another film adaptation I loved was The Golden Compass. I completely understand why some of my friends who share my love of ’s books did not like this movie, but I fell head-over-heels for the beautiful look of it, and the great casting work, too.

I love surfing movies, and I saw one this year that was a new twist on the old travel-surf idea. In Singlefin Yellow, one surfboard is shipped in turn to several different professional surfers around the world, each with a distinctive riding style. It’s fun to see how they apply their own techniques with the yellow board. Along those same lines, I thoroughly enjoyed watching animated penguins surf on hunks of ice in Surf’s Up.

For sheer, testosterone-driven action, I enjoyed both Spider-Man 3 and The Bourne Ultimatum. Enough said. For sheer, delightful parody of same, I cannot recommend Hot Fuzz highly enough. From the same guys that brought you Shaun of the Dead, this violent, surprising satire of American cop movies is excellent.

Documentaries are a big favorite with me, but this year I only saw two that were noteworthy. Michael Moore’s Sicko has a scene that both cracks me up and haunts me, as he hunts through a British hospital, looking for a cashier where people pay for treatment (he doesn’t find one, of course). A more harrowing story is told in God Grew Tired of Us, an almost unbelievably moving film about child soldiers in Africa now trying to make their way in the strange land of the .

Posted by Timmi Duchamp at 1:00 PM