The Pleasures of Reading, Viewing, and Listening in 2007, Pt.4: Lesley Hall, Kristin Livdahl, and Wendy Walker 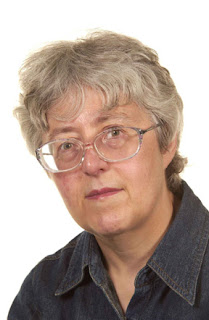 To continue with the lists...

In any year when I re-read Middlemarch for the long-lost-count-ofth time, it is going to be The Best Book I Read This Year. Unless, of course, I've also re-read Rebecca West's Black Lamb and Grey Falcon (certainly due for a re-read), in which case it would be a tough call to make. My major fiction discovery this year has probably been E. H. Young, who wrote quietly but definitely subversive 'domestic fiction' during the 1920s to 40s, much of which has been reprinted of recent years by Virago and by Persephone Books.Young's books are particularly engaging when they focus on the lives of relatively middle-aged women and the stories they continue to have, as in Miss Mole and Chatterton Square. The works of neglected early modernist writer May Sinclair are also becoming much more available - this is surely something that could not have happened without the internet, first to demonstrate the ongoing interest in this fascinating writer, and then to facilitate Print-On-Demand production and dissemination of the texts - and I managed to get hold of and read several of these.

There have been some really excellent new books out this year, both non-fiction and fiction, especially genre fiction. I've just been updating the Recent Recommended Reading page on my website after several months of letting it lapse, and my thoughts on a range of recent publications can be found there.

I've seen a whole lot fewer films than I've read books: they included an assortment of new movies, plus a number of classics - leaning heavily towards screwball comedy with a seasoning of Rogers/Astaire musicals (which perhaps count as fantasy, especially those sequences when, the protags having finally overcome the obstacles to their happy union, the whole world appears to break out in dancing). I have completely failed to keep up with any of current TV series. The media work that struck me most this year was definitely the 1996 television series Neverwhere, with a script by Neil Gaiman (it has also been turned into a novel and a graphic novel), recently out on DVD. I found this short series (only 6 action-packed episodes) quite amazing.

It takes place in a world where a phantasmagorical 'London Beneath', drawing on Hogarth, Dickens and Lewis Carroll, co-exists with the we know. This is brilliantly depicted, drawing on the real-world underside of London - the cathedral-like Victorian sewers, the underground train system, the subterranean rivers, as well as the more metaphorical underside consisting of the invisible wreckage of urban life - and provides bizarre versions of the already evocative place-names of the city. Old Bailey is an aged eccentric living on the rooftops, there is an Earl with a Court endlessly moving in a Tube train, Hammersmith is a metal-worker, and there is a real Angel living in Islington. One of the characters remarks at one point that London Beneath has little bubbles of preserved history all over it, which is also true of the we know, even if these don't consist of a camp of deserters from the Roman legions.

The story - the chase, the quest, the ordeals - are exciting and suspenseful as well as full of mythic resonance in themselves, but what I particularly liked was the very clearly multi-cultural nature of this hidden and of the main group of characters, and the various riffs on conventional gender expectations. Door, though suffering from the massacre of her family and in extreme danger, is not a helpless damsel in distress - she has significant powers of her own, which other people want to use. Richard is not a macho hero but a version of the fairy tale innocent who intervenes to help someone with unexpected consequences. His ordeal is about overcoming inner doubts and fears and facing them down, rather than defeating an external enemy. While he is the viewpoint character - the Alice who falls into this underworld - he is not the central figure of the story but a sidekick in the quest at hand, even if one who performs several necessary tasks.

I'm not sure it's for everyone (there are undoubtedly some criticisms that can be made of the production) but I found it haunting and memorable. 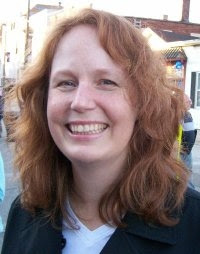 I spent most of 2007 catching up on books I missed from previous years and following random fancies with my husband through Netflix such as Paul Verhoeven (not Showgirls) or South Korean movies. So, I didn’t read as many new books as I usually do nor see as many movies. The Verhoeven spree did lead us to go see his latest movie, Black Book at the beginning of the year. The movie is set in the during World War II and stars the fabulous Carice van Houten as Rachel, a Jewish singer who begins in hiding and eventually goes undercover in Nazi headquarters for the Dutch resistance. She gives a superb performance and the movie sparked a few good discussions about Verhoeven’s portrayal of women and attitudes about sex. My year was book-ended with very good, yet relentlessly dark movies as I just saw No Country for Old Men. Javier Bardem as Anton Chigurh is one of the scariest characters I’ve ever seen in a movie.

For TV, I really enjoyed a couple of new series this year. AMC’s drama, Mad Men, is set at a Madison Avenue advertising agency in 1960, a setting that provides a great backdrop for an exploration of gender, class, sex, and nuclear family politics, including a chilling look at the psychiatry of the era, as well as a series of interesting story lines. I’ve also really enjoyed Saving Grace, starring the wonderful Holly Hunt as police detective. Her character Grace is reckless and unabashedly sexual with a deep, caring heart and sharp wits. The supporting cast is great, especially Leon Rippy as Earl, the angel sent to help Grace.

For books, I really enjoyed two books marketed as young adult novels, China Mieville’s Un Lun Dun (Del Rey, 2007) and ’s Sharp North (Athenuem, 2006). (Sharp North came out in 2006 but I didn’t get it until this year, so I’m including it!) Both featured strong female main characters on nonstandard quests. I particularly enjoyed Mieville’s play on the hero-sidekick trope. I was introduced to Joe Sacco when he came to town for a talk recently and that gave me a chance to pick up the beautifully bound, special edition of (Fantagraphics, 2007). Sacco is a reporter using the comic form. (In his talk, he stated that he preferred that term to graphic novel.) He puts himself into his reporting and this provides an illuminating, personal view of his visit to the . Finally, there were two other new books that I really enjoyed but want to disclose that the authors are both friends of mine. M. Rickert doesn’t need me to recommend her first collection of stories, Map of Dreams—her recent World Fantasy Award wins should do better than I can—but really this collection of dark fantasy and horror is not to be missed. Christopher Barzak’s bittersweet and deeply moving novel, One for Sorrow, is also a debut and puts a new twist on both coming-of-age and ghost stories. Both are highly recommended.

My reading is completely determined by what I am writing at the moment, either as contributing to it or affording escape from it. So my reading this year tended to fall along the fault line of what I intuited to be relevant to the origins of Gothic literature, and what could take me as far away from that subject as possible. 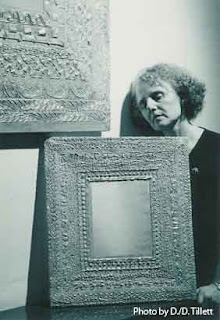 The following outstanding books contributed, directly or indirectly, to my understanding of Gothic:

For escape I found the following books completely successful choices:

In film the Gothic seems to be flourishing in documentary and semi-documentary form around the world. Here are some must-sees that fall into the unacknowledged genre I call “environmental/industrial Gothic”:

The Magdalene Sisters
The Lives of Others
Tidelands
Osama (not about Osama bin Laden, but about a young woman who is a brilliant carpet weaver who must disguise herself as a man so she can support her family)
Magic

and others not Gothic but also great:

Christopher Barzak's novel is One for Sorrow, not Two. And I'm pretty sure it's Paul Verhoeven, not Peter, unless there's more than one director Verhoeven out there.

Sorry about that, & thanks. It's fixed now.

Rose and Timmi - Thank you for catching the errors. I'm notorious for word and name substitions! I'm also very bad at proofreading my own work.