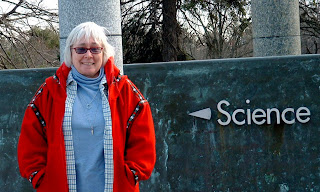 What movies have I seen this year that I liked? Flushed Away by the Aardman Studio, famous for the Wallace and Grommet shorts. This is a full length movie, done by computer imaging rather than claymation: the story of an upper class rat, who discovers the world of working class rats in the sewers of . It’s funny and sweet. I especially like the singing slugs.

V for Vendetta. I gather if you know the graphic novel, the movie seems not so hot. I liked it: stunning visuals and good English fascists. There were some logical gaps in the story, but I don’t think it is a movie about logic.

Paprika, a Japanese anime movie by Satoshi Kon about the relationship of dreams (and—I think—the media) to reality. It’s amazing and hard to describe. You should see it.

Moving on to books, I love Liz William’s Detective Inspector Chen fantasies, which combine science fiction, police procedural and Chinese mythology. Precious Dragon is the third and published this year. I bought a lot of books in the WisCon dealers room and have been reading them since. My favorites (aside from the Liz Williams book) were Portable Childhoods by Ellen Klages and Dangerous Space by Kelley Eskridge.

I’ve been reading a fair amount of poetry, including The Fact of a Doorframe by Adrienne Rich and 22 from TOTU by John Calvin Rezmerski. People who go to WisCon will know John from the Lady Poetesses from Hell readings. 22 is a collection of poems that were published in Tales of the Unanticipated, our local SF magazine in the Twin Cities.

My current favorite works of nonfiction are Biology Under the Influence, Dialectical Essays on Ecology, Agriculture and Health by Richard Lewontin and Richard Levins and Cheap Motels and a Hot Plate by Michael D. Yates. The first sounds a bit stuffy, but I enjoyed it. In fact, I think I will reread it right now. The second is a tour of contemporary by a left-wing economist from a working class background, who is spending his retirement traveling.

The war has been producing some good rock music. I especially like Living with War by Neil Young, Revival by John Fogerty, Magic by Bruce Springsteen and the E Street Band, and Songs of Mass Destruction by Annie Lennox.

Finally, I recommend The Story of Stuff with Annie Leonard, which is on the Internet. It’s the story of modern capitalism, told in 20 minutes. Just Google the name, and you will get right to it. 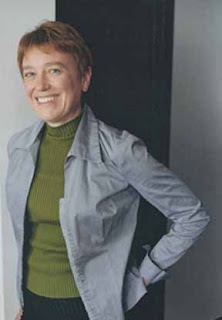 I have very little time to read for pleasure; the only times in my life absolutely staked out for fun reading are in airports and hotel rooms, which puts a high premium on easy to pick up and distracting. Nevertheless, my definition of a good read is something that makes me grab my notebook (the one I always carry in my purse, along with the driver's license and credit card) and start scribbling. This year, the top three scribble sources in my life have been:

1. The New York Times. Anyone who can read the news these days without getting steamed up to write something is immune to outrage.

2. Slush piles. As a favor to friends, I from time to time read manuscripts submitted to workshops and magazines. While a lot of them are inexpertly written, I often find their ambition inspiring and their ideas refreshing. I would make a terrible editor; I rarely read a manuscript that doesn't have something redeeming about it. Usually it is some gem deeply buried in the dross, which the author is unaware of or uninterested in mining. "How would I write this story" is an irresistible exercise for me, although rarely helpful for the author, who is usually interested in something else altogether.

3. Science News. The world sure is a weird place. This little newsletter, which I have read religiously for thirty years, brings a new dose of boggling revelations to my door every week. Did you know that the bracts on pine cones are arranged in spirals that conform to the "golden ratio" of ancient Greek geometers? (Did you know that pine cone petals are called bracts?)

I think this is going to have to be favorite stuff, since I can remember things I read on line with more pleasure than most of the books I’ve read.The three most intriguing books I’ve read in the last year or so were 1491: New Revelations of the Before After the Ice: A Global Human History 20,000-5000 BC by Steven Mithen, and The Nature of Paleolithic Art (Hardcover) by R. Dale Guthrie. 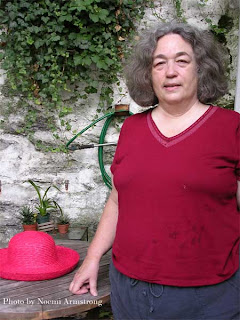 Of the three, Guthrie’s book cuts through the sentimentalizing of the past so common in most discussions of the Ice Age. He’s a biologist and a hunter and knows his mammoths from the carcasses that thaw out of Alaskan tundra permafrost. As a bowhunter, he immediately knew the catalogues that sold the contemporary equivalents of arrow straighteners which many scholars who’d never shot anything assumed were symbolic objects. Guthrie says the art was adolescent play. He points out that the later variants of exploring adolescents who he believes made the art in the first place discovered most of the caves. He doesn’t destroy the poetry. It’s a different poetry, the poetry of thinking about skills visually, of rehearsing in art what scares, what the artist is trying to master. Adolescents in our culture do a different art, but I’ve seen photographs of graffiti that were as elaborate as anything painted in the caves. Guthrie also looks at the whole of the activity and points out that for every art book masterpiece, there were hundreds of sketches, botched work, and even vandalism of earlier works. Way cool -- a wonderful corrective for the accounts of Paleolithic art by non-hunters and non-biologists.

1491 covers the from the Paleolithic on, mostly the couple of centuries before European diseases devastated civilizations we didn’t meet because Eurasian bacteria and viruses destroyed up to 90% of the native populations before the white people got to see them. The book covers the weirdness of the Incas and mentions in passing the women who spoke for the ones who were dead but still rulers and not really dead in native terms (agriculture tends to make people weird). The Mayan priests knew what their racket was and shocked the Spanish priests who really didn’t think the whole thing was about manipulating the poor. And so forth.

Mithen’s book would have been helped if he hadn’t framed it with a time-travelling point of view character. The archeological research is sound; the framing device made me grit my teeth. Use it as a guide to current work in various parts of the world.
The rest of my reading this year has been on-line communities. One that’s currently holding my interest is the International Falconry Forum. What’s intriguing about this one is the range of people who train and fly birds of prey, and the arguments the British traditionalists get into with the dirt hawkers who use inverted Rubbermaid trash bins as giant hoods for their jack-rabbit killing hawks. The forum participants range in writing ability, but some of them, particularly Tasha55403’s account of her Passage NA Gos 07, are fascinating (Tasha is also an excellent photographer).

The whole phenomenon of Internet communities has eaten a lot of time, gotten me a new job and share in a house in the Northern Virginia suburbs of , and inspired a series of stories based on amateur slash usage of professional fiction.

I think we’re just beginning to explore the Paleoelectric.
Posted by Timmi Duchamp at 11:45 AM