The Pleasures of Reading, Viewing, and Listening in 2007, Part 1: Nicola Griffith and Cat Rambo 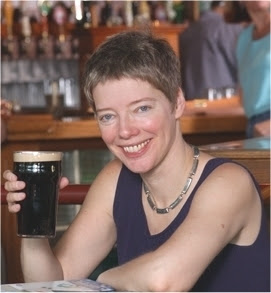 "Lists and essays can include every sort of text," Timmi said—and I'm going to interpret that broadly, starting with music. Early this year, my publicist at Riverhead set up a MySpace page for my new Aud novel, Always. The music she picked to play when the profile page opened was "Girlshapedlovedrug" by Gomez. It's a bouncy little tune, but what caught me was the lyrics:

She’s a wicked girl/Worst in all the world/A mystery lies in her/She spends her days/ In a violent rage/Try as I might I love her.

I was struck by the notion that lyrics like that for a pop tune (and it aspires to be nothing else) would not have worked ten years ago: a woman, a "girlshapedlovedrug who messes with your mind," who is dangerous and unpredictable but with whom the singer is nonetheless helplessly in love. It was a lovely discovery; women are taking up more roles in the pop culture world, something beyond the old virgin/whore, goddess/crone dyads. Oh, and another Gomez track, "How We Operate," is a haunting, addictive piece with banjo and mandolin. Download those two tracks and have fun.

Once Riverhead had my MySpace page set up, I couldn't help putting one up myself for which I had to put together a whole playlist for my profile. I began to listen to old favourites with attention, and fell in love all over again with Nina Hagen and Marianne Faithfull, the transgressive babes of the early eighties. Faithfull's "Why d'ya Do It?" (on Broken English) was like nothing I'd ever heard in my life: rage directed at a boyfriend for fucking another woman, full of words I'd never heard a woman use in song before: cunt, snatch, cock, dick, pussy, bitch. Although the rage is nominally directed at the man, the double focal points of the song are two women. And the rage isn't hissy, or venomous, or catty, it's volcanic. Then there's Nina Hagen's NunSexMonkRock, performance art in German-in-LA rock clothes. barks like a dog, acts out the part of a pig-herder possessed by demons shouting at Jesus, and froths at the mouth as a mad-dog Soviet radio propagandist. Unlike every other singer of the seventies and eighties she is wholly unconcerned with her image as a sexual object. It's thrilling music, angry, dissonant, and definitely before its time.

The new novel I'm working on, a big historical set in seventh century , has led me to discover the wonderful world of early medieval bloggery. My three favorite online resources are Heavenfield, a blog, The Heroic Age, an online journal (both founded by Michelle Zeigler) and The Medieval Review, a moderated disribution list. It was from reviews, articles, and conversations on these lists that I found incredible, novel-altering non-fiction, such as The Etymologies of Isidore of Seville, a new translation by Barney, Lewis, Beach & Berghof from CUP. This book made me fall in love with Latin all over again. It made me laugh. It made me marvel (that one man sought to codify what was known to be known in the 6th C). The translation (and book design—all those typefaces) is a tour-de-force. It's a real window into early medieval pedagogy, and it's made me rethink the education of my viewpoint character, Hild. (Hild has got to be the most—not one of the most, but the most—fascinating historical figure not yet fictionalized. This book excites me so much I tremble. I can hardly stand it.) Another book that made me tear up and rethink my seventh century was Cloth and Clothing in Early Anglo-Saxon England, by Penelope Walton Rogers. Did you know that at least sixty percent of women's time in the seventh century would have been spent on textile production? Nor did I. But it's a fact that changes everything. And it led to some serious fun with words: I ended up inventing a wholly new social concept concerning the relationships women formed as weaving teams, and repurposed an Anglo-Saxon word, gemæcca, to describe it. Writing this novel is beginning to feel like writing science fiction. My face is beginning to hurt from smiling so much.

One more non-fiction journal that's delighted me this year: The Economist. It's unswervingly funny, incisive, and beautifully designed. It's the best magazine in the world. Their website is finally catching up to its potential, too. Give it whirl.

The world of television has been a bit disappointing this year. The Sopranos, frankly, sucked. I hate, loathe, and detest ambiguous endings; they smack of lack of courage and indecision. They're cheap and infuriating. I think David Chase made a grave error. Given that ending I certainly won't be shelling out for the series on DVD. Lost seemed to be disappearing up its own fundament. Heroes degenerated; the first few episodes this season were unbelievably bad—full of 'As you know, Bob' dialogue—and if you're going to dilute the tension by splitting the action into two strands, the writing has to really shine. The Bionic Woman was boring. Pushing Daisies was so mannered I found it unwatchable. Then there was Battlestar Galactica: Razor. It was nicely written, well-acted, and I love BSG the series. (What's not to love? It has jokes, and sex, and battles. What a blast!) But it felt...thin. And there's the whole problematic powerful-evil-women-are-lesbians paradigm. I still enjoyed it, though; I'm still wriggling at the thought of the new series next year—assuming the writers' strike doesn't take that off the table. But that's too depressing to think about. One consistent cause for optimism has been Dexter: it's funny, appalling, the characters are consistent, and the stories follow clean, clear arcs. You can tell it's adapted from a series of novels by Jeff Lindsay; it makes sense.

Most of the novels I read this year were re-reads. Lots of old favorites like The Blue Sword (Robin McKinley) and Fire From Heaven (Mary Renault). But I also read McKinley's Dragonhaven which, while not entirely satisfactory—it was intensely claustrophobic; it had to be, given the subject matter—still deserves a place on this year's Tiptree honor roll. I've never before seen a boy go through the horrors and stress as well as joy of motherhood. McKinley's willingness to Really Go There continues to astonish me.

I'm going to finish where I started, with music. "Faster Kill Pussycat" by Paul Oakenfold (featuring Brittany Murphy). A woman singing to a woman, 'I think I'm losing control/you turn me on/you know you're turning me on' with a great video and hip-shaking beat, and all sung by the woman who voiced Gloria, the love interest in Happy Feet. It's addictive. Don't say I didn't warn you.

Several story collections stood out for me this year. One was Kelley Eskridge's Dangerous Space, which was solid and full of good stuff, while another was Susan Palwick's The Fate of Mice. I heard Palwick read from Shelter at WisCon last May and immediately added her to my to-read list—I'm looking forward to continue exploring what she's written so far.

Daniel Abraham's fantasy novel A Shadow in Summer blew me away, as did Justina Robson's Living Next Door to the God of Love. Joe Hill's Heart-Shaped Box was a terrific read, although a wee bit skimpy towards the end. Sarah Monette's The Virtu lived up to its predecessor, Melusine. Ekaterina Sedia's The Secret History of Moscow was a wonderful read, and a good accompaniment to Sergei Lukyanenko's Nightwatch trilogy. Those are older books, but the release of the first two movies based on them makes it worth mentioning that the films may be significantly more comprehensible if you've read the books first. Jo Walton released the follow-up to her terrific alternative history, Farthing, Ha’penny.

I have always loved good swords and sorcery, and I was pleased to find Charles Saunders' Imaro and Imaro 2 from Nightshade Books. They're a pleasant re-visit to territory that Robert E. Howard made familiar, made fresher by a non-white hero.

I went on a spree of reading superhero-inspired fiction earlier this year that was spurred in part by Austin Grossman's Soon I Will Be Invincible. Of the various books I read, a stand-out was Karma Girl by Jennifer Estep (yay for superhero chick lit!)

Best of the books about writing was Samuel R. Delany's About Writing, although some of that was familiar stuff that had appeared earlier. But the repeated stuff also happened to be some of things most worth impressing at some deep, unconscious level, so I don't know that it's possible to read it too often.

I'm more of a gamer than a film-goer, and I would mention games of interest, but in general the gaming world continues to frustrate me. I play World of Warcraft despite some things, but my heart grieves to see their latest, very funny set of commercials not feature a single woman. The latest Civ expansion adds one female-led civilization and continues to ignore some of the leaders they could be including. The release of one game, Assassin's Creed, marred by the company's attempt to capitalize on the producer's youth and femininity, has led to yet another ugly episode showcasing the industry's sexism. Maybe that'll change in 2008, but I'm not holding my breath.

Posted by Timmi Duchamp at 4:15 PM

I have stumbled here via link in Inked-In social network on Ning posted by Joseph Hayes.

Much enjoyed your review of 2007, but got the frights with your 6th century novel.

I will be posting a novel set in AD410 in a couple of months, accesible via my central blog at

I hope we don't steal each others thunder?