The Pleasures of Reading, Viewing, and Listening in 2007, Part 3: Cheryl Morgan and Cynthia Ward

To continue with our end-of-the-year reports---

The Year in Re 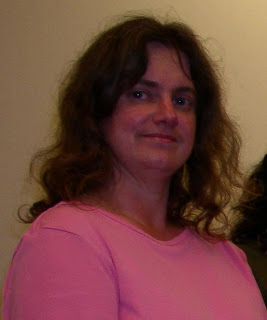 view, or Not
Ms. Duchamp has asked Aqueduct Press authors for a list or discussion of what impressed us in 2007, but I'm not the best choice for that. Not a critic; don't own a TV; last movie I saw was 300 (politically and historically incorrect. Nice abs, though); only things I've read lately are for research, for friendship (critique drafts), or for money (review copies). Don't see where these reveal much about writers, though they may reveal that if you love to read for pleasure, you shouldn't take up writing. Still, one novel I've reviewed for another site (which has not yet posted it) is worth discussing here. Hope for Heterosexual Feminists: Sylvia Kelso's Amberlight Early feminist SF works didn't give a reader faith in the future of male-female relationships. Suzy McKee Charnas's Walk to the End of the World (1974) and Motherlines (1978), and such James Tiptree, Jr. stories as "The Women Men Don't See" (1973), "Houston, Houston, Do You Read?" (1976), and "The Screwfly Solution" (1977), offered no possibility of men and women ever getting along. Joanna Russ's The Female Man (1975) portrayed men and women as condemned to a literal war between the sexes, while Sheri S. Tepper's The Gate to Women's Country (1988) saw men and women as biological enemies. Then there were the works in which all men had died off, and all women were as sexually pleased with this development as bivalves with the high tide. Even male authors offered no hope for the heterosexual future. In Samuel R. Delany's Trouble on Triton: An Ambiguous Heterotopia (original title, Triton: An Ambiguous Heterotopia; 1976), a man became a woman, and still didn't understand women. Theodore Sturgeon's Venus Plus X (1960) postulated that both sexes had to be replaced with a new, hermaphroditic sex. John Wyndham's "Consider Her Ways" (1956) resolved the battle of the sexes with a perfect society born from the extinction of men.

Not exactly happy choices for women who enjoy fucking men.

I wonder if this is one reason why "paranormal romance"-style fantasy novels have become so popular. Female characters get to be the heroes, and they get to win great-looking guys who're great in bed. That's the sort of novel I expected from Wildside's new imprint, Juno Books, which publishes "fantasy with a focus on the female." It's certainly what you get in their Carole Nelson Douglas release, Dancing With Werewolves (11/07), the first book of the Delilah Street, Paranormal Investigator series. It's not what you get in Juno's next release, Australian writer Sylvia Kelso's Amberlight (12/07). This novel is feminist SF. Its title is derived from its setting, a city-state named for one aspect of the sentient alien stone, qherrique, which gives Amberlight its dominance among nations. In contrast to its qherrique-seeking, war-like, male-led neighbors, Amberlight is female-dominated, because only females can quarry qherrique. The Head of one Amberlight House, Tellurith, finds a deathly-wounded man—a foreigner, and perhaps an enemy agent—in the streets of her city. She saves his life at the behest of qherrique and her own humane impulse. The brutal sexual assault has wrecked his body and mind, but as strength and memory return, Tellurith and Alkhes (as she names him) match wits‑-rapier sharp ones. Alkhes would make an extremely dangerous enemy. He also makes an extremely attractive man. I suppose I've made it sound like Amberlight drifts into romance-novel territory. I don't know, having read all of two genre romances. Still, I know some articulate genre-romance fans, and I'm familiar with the romance elements that show up in all genres, from action-adventure to Western. And Amberlight makes me think Kelso has never even heard the name "Harlequin." Amberlight has many strengths. The one I'll mention here is Kelso's beautiful, detailed style, which creates a complex mosaic of meaning and feeling, and characters of complex and contradictory depth. The style demands a careful reading. And, since you're reading it so closely, you'll only be more thoroughly shattered by a key incident. (I'm not going to give it away. You'll know what it is when you get there.) That must sound grim. It is grim. But the novel ends on a note of hope for Tellurith and Alkhes, and for women and men. Including heterosexual feminists of both sexes. And, oh, yeah. Amberlight is the best new fiction I've read in 2007.
Posted by Timmi Duchamp at 11:43 AM