The Pleasures of Reading, Viewing, and Listening in 2015, pt.6: Jackie Hatton

Reflections on Reading, Viewing, and Listening Pleasures in 2015
by Jackie Hatton 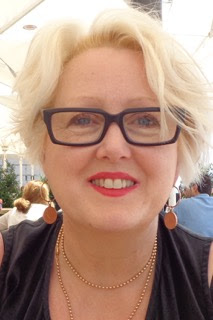 Away from home more than usual, I read virtually everything on my Kindle this year. The Kindle is great for creating your own portable library. It is less great for replicating the experience of reading a book. Everything blurs together in the sameness of presentation. There is no physical beginning, middle and end. I am sad to say that in some ways I am left with the sensation of having read one very long book with different chapters: walking with a Shakespearean troupe in a post-apocalyptic landscape (Station Eleven), converting the space station to a colony (Seveneves), heading out into space in search of a new home galaxy (Aurora). I am also a little sad that some of the great books I read this year will never sit on my shelf: How ironic that I only own Jennifer Marie Brissett’s Elysium in digital form, given that it is a book about a society of which nothing is left but disintegrating code. When I went to write this blog I had to confer with my e-reader, an experience that will never compare to scanning ones shelves. Speaking of which, my physical bookshelf is starting to look kind of dated thanks to my new digital library. I miss all the shiny covers, the extra blurb material, the visual pleasure of a row of titles, and particularly the nerdy joy of lining them up in whatever way makes you happy (I go for my own version of the Dewey system of classification, books of a feather all together, plus an orderly presentation according to the size of the book). Next year I’m buying more paper.

In a year defined by my digital diet, rushing from e-location to e-location, devouring words without stopping to really give them the attention they deserved, one book did stand out above all the rest: Claire North’s Touch. The story of a very modern ghost — identity indeterminate, running from ghost-hunters, leaping from experience to experience, only sometimes caring about the fate of the people it inhabits, driven almost entirely by an overpowering instinct for self-preservation — Touch proved terrifying, mesmerizing stuff, even in spite of the Kindle. The fact that this book got me to identify and empathize with an amoral and amorphous character that switches into a new body every few pages is a testament to North’s skill as a writer. The prose is as crisp and clear as the truth is elusive. A gender-ambiguous speculative masterpiece.

Netflix gives me the same feeling as the Kindle — one long continuous movie/series — and all suddenly with that high-def, day-time soap-opera look and feel. I wish I had never bought a smart TV. I am so glad that the person who set it up could not persuade me to throw away my old DVD player. One of the great delights of this winter was ordering a bunch of Scandinavian series (subtitles and all) on old-fashioned DVDs (which may stick but will never cut out to reconnect to the internet or go blurry when the system is busy) and settling in for the kind of viewing that requires concentration and defies multitasking. I began with the Danish version of The Killing, which features an enigmatic aran-sweater-wearing female detective and plenty of grimly beautiful Nordic scenery. Although The Killing proved to be wonderfully gritty northern fare, it also turned out to be a mere prelude to the deeper and darker series, The Bridge — a Danish/Swedish collaboration featuring a leather-clad female detective with Asperger’s syndrome who is trying to solve a bizarre mystery while struggling to overcome personal and professional challenges. And even better than The Bridge was the Danish series Borgen — following the trials and tribulations of a female politician looking to become the first female prime minister. Borgen offers a serious, yet dramatically human, view of the challenges faced by women in politics as well as a nice glimpse behind the scenes of a successful socialized democracy. Unmissable in my book! And still there was more to come…

My favorite of the recent Danish offerings is The Legacy — the story, amongst other things, of a female art-director’s attempt to manipulate her siblings out of their inheritance (for a good cause). Beautiful and moody, this story revolves around the decaying great house that was once the home of a famously unconventional Danish artist, a woman with secrets. This is a family drama with plenty of social commentary filmed against a romantically bleak backdrop. Brideshead Revisited meets the Ice Storm. Heady, indulgent stuff. Starring a bunch of strong women. Indeed it is notable that all the above-mentioned series spotlight interesting female characters, perhaps reflecting the strength and reach of feminism in the Scandinavian countries. The Swedish Women’s Lobby recently distributed 100,000 copies of We Should All Be Feminists by Chimamanda Ngozi Adichie to Swedish high school sophomores. This kind of proactive, progressive attitude towards women is palpable in Scandinavian television productions. I don’t watch television series for the politics (sexual or otherwise), but it is really very nice every now and again to watch television that doesn’t make me want to scream at the sexual politics.

Listening is as important as reading to me. If I had my way books would all come with soundtracks, music that spilled out of them and into my speakers as I moved through the pages. That said, I feel the same way about playlists as I do about Kindles and Netflix — great as they are for bringing together songs that create a certain mood or time, they are also homogenizing my listening experience; everything is starting to sound the same, constantly forced into an “if you like this, then you’ll like that” auditory blancmange. I haven’t listened to an entire album in far too long. Perhaps that’s why, when I think of this year in music, I don’t think of artists, I just think of songs. Three very different ones stand out: Time by Jungle (an electronic funk/R&B group from the UK); Say Goodbye by Beck (I think you guys all know Beck, but in fact he’s changed for the moodier); and my guilty pleasure for the year, a track by Australia’s hip-hop icons —Hilltop Hoods — and featuring the enigmatic Sia: I Love It.

Next year I’m buying albums ¬— and maybe even a record player. I miss the covers, I miss the lyrics, I miss the look and feel of all those thin spines on my shelf.

Although I didn’t plan it that way, this blog has turned out to be something of a nostalgic reflection upon all those sensory experiences that we are losing as we digitize and stream and fill our lives with electronic tools. I’m certainly open to everything that technology has to offer, including a portable library of books, movies and music — however I know that convenience comes at a price. This year the price seemed too high — and I’m close to throwing my Kindle in a corner and returning to books. Even if they are heavy and cumbersome, they present words to me in a way that is comfortingly different than the way words come to me on my computer. Books let me disappear into reading, which is the way it always was, and the way it should be.

Jackie Hatton was born in Australia. She spent a glorious girlhood in Tasmania, came of age in the suburbs of Melbourne, became her own person at Melbourne University, then jumped at the opportunity to move to the US for graduate school. She was taught by a long series of strong-minded women who encouraged her in many different ways and to whom she is permanently indebted. After completing her Ph.D. in American Women's History at Cornell University she has done many different things, most of which fall under the rubric of "pen-for-hire." She lives in Amsterdam. Aqueduct Press published her novel Flesh & Wires earlier this year. You can find her at www.jackiehatton.net.
Posted by Timmi Duchamp at 6:30 PM