The Pleasures of Reading, Viewing, and Listening in 2012, pt.20: Lesley Wheeler 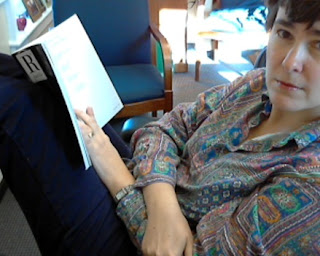 I can’t decide what metaphor to use for genre-betweenness: borderlands? The noise or static between radio stations? Twilight has been co-opted. At any rate, while I consume my share of fantasy novels and anyone-would-agree-this-is-realistic television—this year, for example, my winter Game of Thrones reading binge and summer of watching The Wire could represent those poles—I do a lot of my reading-listening-viewing in the gloaming. In fiction, this zone has many labels: slipstream, Fabulist, the New Weird. The same edgy neighborhoods exist in all the arts, though. A poem, play, or song may or may not claim a relation to speculative fiction but still present a version of human experience that feels strange, skewed, maybe magical.

I’m working on an article about speculative poetry that no one really notices is speculative, so I’ve been seeing weirdness everywhere. This year I loved Tracy K. Smith’s Pulitzer-Prize-winning Life on Mars: she writes about her father’s death and I read the book right as I was coping with my own father’s final illness (I blogged about it here). I also cackled through weird volumes by Thomas Sayers Ellis, Bill Manhire, and Jeannine Hall Gailey (many of those books are a few years old). I find both David Wojahn’s The World Tree and Paula Meehan’s Painting Rain spooky and brilliant; I’m enjoying dipping in and out of Ursula K.

Le Guin’s New and Selected; and I’m entranced by the poem-by-poem emergence of a Peter Pan series by Sally Rosen Kindred through various magazines. I prefer single-author collections to anthologies and journals, but it’s been interesting to see so many mainstream mags putting out calls for speculative writing. I was frustrated that the New Yorker’s otherwise engaging speculative issue didn’t even try on the poetry front (Paul Muldoon, I admonish thee!). At the time, I forecast that the forthcoming Tribute to Speculative Poetry in Rattle would do better (again, see my blog on the subject), and I’ve just had the pleasure of reading that folio (Number 38, Fall 2012). The poems by Burt Beckmann, Amorak Huey, John Philip Johnson, John Laue, Aimee Parkison, Marilee Richards, Claire Wahmanholm, Natalie Young, and several others—few of whom I’d ever heard of—are fantastic in multiple senses. I’m grateful to receive Richards’ revelation about how God adjudicates competing prayers by athletes at sports games; Johnson’s “Stairs Appear in a Hole Outside of Town” is haunting me.

In fiction: this was My Year of Finally Reading Kelly Link, which, I know, reveals that I’m years behind everyone else (in case my Game of Thrones/ The Wire reference didn’t already make that clear). I was riveted by Glen Duncan’s The Last Werewolf and Talulla Rising. In YA, I admired Julianna Baggott’s Pure—it’s surprisingly disturbing to identify with a protagonist who has a plastic doll for a hand (I’m glad it’s doing well because the dystopian premise was alienating enough that my own kids, voracious readers, slunk away from it). I recently finished Louise Erdrich’s National Book Award-winning The Round House, too. I’ve read her books religiously since the first novel and I’ve never noticed anyone calling them speculative. After all, notions of reality are culturally specific, and in her view ghosts, visions, and totems are well within the bounds of realistic representation. (This is a huge problem in defining speculative lit. Who decides what’s strange?) Erdrich is an extraordinary world-builder, though, and the narrator of the latest book even has an obsession with Worf from Star Trek’s Next Generation. I wonder if it would be fruitful to start thinking of her work in relation to slipstream. 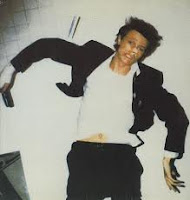 A lot of what I listened to in 2012 was the vinyl I bought as a teenager, once the adult me finally got a record player set up in the kitchen. David Bowie and Jimi Hendrix composed some pretty weird song-universes. I love the free podcasts from The Moth and am looking for the poetry equivalent, in case anyone has any tips. An ephemeral voicing that recently charmed me was a reading by Lev Grossman from his book in progress, a sequel to The Magicians and The Magician King. He offered a passage from the recurring character Eliot’s perspective, a hilarious description of a Narnian-style battle involving magical creatures and Grossman’s pseudo-Viking answer to Lewis’ Calormenes. The reading slayed us all, so stay tuned for the book.

My small-town location, compounded by parenthood and a massively absorbing job, means that I only see good theater a few times a year, at best. On our latest urban-fix-weekend, though, we scored tickets for David Grieg’s “The Strange Undoing of Prudencia Hart,” a bizarre and funny musical staged in a pub. The main character is a female grad student obsessed with Scottish border ballads, so the work begins surreally with a parody of academic papers, but then she meets the devil and things get seriously crazy. It’s not a perfect play but the damn thing is in verse, it’s all about the boundaries of the fantastic, and it works. The Washington, D.C. run is over but if a portal opens near you, it’s worth entering.

Otherwise, the stuff in my “watching” category isn’t surprising. I’ll end, though, with what I wish I could see. After my fiction-writing superhero-obsessed spouse Chris Gavaler mused aloud about this, I can’t get the idea out of my head. Why can’t Doctor Who visit other BBC shows/ universes, like Merlin or Sherlock? Neil Gaiman, episode-writer-extraordinaire, if you’re listening, here is my challenge: in 2013, presuming we all survive that long, I am looking forward to sipping eggnog in front of “A Very Special Doctor Who Meets Downtown Abbey Christmas Special.”

Lesley Wheeler’s stealthily speculative poetry collections include Heterotopia, winner of the Barrow Street Press Poetry Prize, and Heathen. Aqueduct published her feminist fantasy campus novella in terza rima, The Receptionist and Other Tales, as part of the Conversation Pieces series in 2012. The Henry S. Fox Professor of English at Washington and Lee University, she has also published a critical study of American women’s poetry and Voicing American Poetry, a book on sound and performance in U.S. verse. Wheeler’s poems appear in Slate, Poet Lore, Poetry, and other journals, and her current prose project is Twenty-First Century Poetry’s Possible Worlds. She teaches, writes, reads, and avoids all other responsibilities in Lexington, Virginia.
Posted by Timmi Duchamp at 6:00 PM