The Pleasures of Reading, Viewing, and Listening in 2012, pt.10: Tansy Rayner Roberts

Favourites of 2012
by Tansy Rayner Roberts 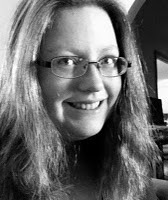 This was the year I was determined to train myself to read at the rate I was buying books - or, more to the point, to only buy books at the rate I was reading them. I haven’t come to all the conclusions I want to about this experiment yet (that’s for December 31st!) but I am pleased to report that my To Read Shelf has not grown higher in 2012 and may in fact be teetering less than usual.

In this year’s novels, my favourites are a trio of gorgeously fat books about women, history, society and magic:

Libba Bray’s The Diviners immerses you in the slang and culture of the 1920’s, to the point that it’s impossible to come away from the novel without finding yourself mentally replacing ‘awesome’ with ‘the berries’ or ‘the cat’s meow.’ A fun romp of a paranormal mystery with flappers, this also has some dark and crunchy layers to it, and a few fairly indecipherable relationships. Not only is this a masterful novel about young women and magic, it is so completely different to the last masterful novel Libba Bray wrote about young women (the incomparable satire Beauty Queens) and streets away from the masterful novel she wrote before that, the surreal roadtrip-into-masculine-identity that was Going Bovine. If YA is remotely your thing (or if you think YA is necessarily more shallow than other fiction and deserve to be proven wrong) then you should be reading Libba Bray. And yes, I said should.

Margo Lanagan’s Sea Hearts (or The Brides of Rollrock Island) is in some ways a gentler novel than her extraordinary and confronting Tender Morsels, but no less important, or significant, for its subtlety. This is a story about mothers and boys, about husbands and wives, and about a society devastated by a seductive but awful magic: the promise of eternally passive and beautiful brides to every man who lives on the island. This one is technically YA too, though only by the usual hair that separates Margo’s work from being counted as “adult” fiction, and I particularly loved the structure, whereby the story is told in fragments through the eyes of young people, only for them to grow into adults through the eyes of their children.

My favourite novel of the year, though, was Kate Forsyth’s Bitter Greens. This epic and majestic historical fantasy looks at the fairy tale of Rapunzel, the mythical biographies of the real women involved in her story, and the real mythology of the woman who first popularised the tale. From an operatic saga of Italian witches (and prostitutes) to the lives and loves of the courtiers of the Sun King at Versailles to the dour and harsh life of the inhabitants of a nunnery, Bitter Greens spans decades and lifetimes as it explores the art of story, and women’s magic. A massive tome, but I was rapt with every page.

I also discovered some older works this year, as part of my project to reduce that To Read Shelf. I finally inhaled Ellen Kushner’s Swordspoint, and wondered what had taken me so long. A delicious sliver of a novel, but so clever and packed with romance, intrigue and fencing. WHAT TOOK ME SO LONG?

Thanks to the Australian Women Writers reading challenge, I also read Henry Handel Richardson’s classic novel The Getting of Wisdom for the first time, and discovered to my surprise that it was in fact a snarky girls’ boarding school story. If I had known this, I would have read it when I was twelve like everyone else!

I was also delighted to have a chance to reread Kerry Greenwood’s Medea, a novel that has stayed with me since I first experienced it as a teenager (a library copy, sadly) and has finally been reprinted by ClanDestine Press - this novel is one of three that Greenwood (best known for her 1920’s flapper detective stories which were adapted for TV this year as Miss Fisher Investigates) wrote about female characters of Greek Myth back in the 90's. This is exactly what it says on the tin - a historical novel in which Medea is the hero, and there is history to back her up. If you love it, there's also a Cassandra and an Electra due to be reprinted soon.

In comics, I enjoyed the mighty tome that was Womanthology, the project that added ‘Kickstarter’ into the vocabulary of many a comics fan and feminist. I also charged through several trades of Dan Slott’s excellent She-Hulk series from the mid 00’s, which is far harder to get hold of than it should be.

If I would recommend one comics book this year it would be the recently-released The Sequential Art of Amanda Conner, which is a great (and reasonably priced) selection of work from one of the most interesting and innovative comics artists working today, with particular attention given to her depiction of some of DC Comics’ most iconic female characters: Wonder Woman, Black Canary, Oracle, Supergirl, Lois Lane, and of course Power Girl. The cover price is actually worth it for the single panel depicting Black Canary’s Hen’s Night.

In single issues, my favourite comic right now is the Matt Fraction and David Aja title, Hawkeye - currently at 5 issues, so cleverly drawn and featuring a great pair of bantering troubleshooters, both the male and female version of the superhero with no actual superheroes. Coming at a close second is Kelly-Sue Deconnick’s Captain Marvel. Both of these have trades due to be released in the first half of next year, but I read them digitally. Okay, I’ll be buying the trades too.

This was an excellent year for short fiction, in book form at least, and I would like to particularly bring two  Twelfth Planet Press books to the attention of readers: Margo Lanagan’s exploration of Australian landscape in Cracklescape, and Kaaron Warren’s award-winning (yes, already!) and deeply creepy collection of suburban horror stories, Through Splintered Walls.

The YA anthology Under My Hat edited by Jonathan Strahan features some of our best short story writers telling stories about young witches, while the dystopian YA anthology After edited by Ellen Datlow and Terri Windling has some marvellous stories in it, especially by NK Jemisin, Jeffrey Ford and Nalo Hopkinson.

In audio plays and books I fell completely in love with the kids novel How To Train Your Dragon by Cressida Cowell as read by David Tennant in his Scottish accent - a great family entertainment for long trips. I have also very much been enjoying the new Dorian Gray audio series produced as digital downloads by Big Finish - a very clever way to produce spooky historical paranormal adventures, with a literary twist. Especially when the first episode depicts his relationship with Oscar Wilde, and there’s a Christmas special coming up featuring a crossover with Sherlock Holmes. Also at Big Finish, the new self-contained box set of Doctor Who audio plays, Dark Eyes, exploring the Eighth Doctor’s adventures with Molly O’Sullivan, an Irish volunteer nurse from World War I, is just fantastic and brings new dimensions to Paul McGann’s version of the Doctor.

Finally, a shout out for  Outland. This fun and surreal Australian sitcom (now available on DVD) is based around a gay SF fan club in Melbourne and has a lot to say about what it’s like to be embarrassed about or to celebrate your fandom - not to mention how hard it is to find a life partner who understands exactly how you feel about your favourite TV show. Outland is dark and thoughtful at times, as all the best comedy is, but mostly it’s delightful to see a show which is not only peppered with insider science fiction jokes and random plastic daleks but also in which all the characters (not just one or two) happen to be gay.

While the show is sparse on lesbians, with only one female main character in the ensemble cast (her episode remains my favourite), it looks at gay culture and the Australian traditions/expectations of masculinity with a surprising amount of depth for, you know, a sitcom. Plus, it’s just a really nice story about awkward friendships. If you liked Spaced, Peep Show, or any oddball British comedy of the last decade, and wished they had more science fiction references in them, this is almost certainly the show for you.

Tansy Rayner Roberts is the author of the Creature Court trilogy and short story collection Love and Romanpunk. Her first crime novel will be released next year under the name Livia Day. Check out her blog at tansyrr.com, or follow her on Twitter at @tansyrr
Posted by Timmi Duchamp at 6:00 PM

Thank you so much for your post, Tansy - a lot of books here for me to add to my teetering TBR pile! And an extra biog thank you for your lovely words in regards to 'Bitter Greens' - I am so glad you enjoyed it so much!