The new issue of the American Book Reivew (September-October 2009) arrived in my mailbox a few days ago, and I was interested to see that the issue's Focus section is "Innovative Fiction by International Women." Most ABR issues have a Focus section, a Feature section, plus a section of uncategorized reviews. The content of the Focus section can vary, but sometimes, as in this case, it consists simply of an introductory essay followed by reviews.

Christina Milletti, the editor of this particular Focus section, begins by noting that the American Book Revew published a special issue devoted to "Innovative Women Writing Fiction" back in 2002. (This is an issue that stands out in my memory as wonderfully compelling.) Milletti recalls that issue's introduction:

At the time, guest editor Stacey Gottlieb called attention to the paradoxical spirit of the assignment: she not only wondered, for instance, how the relationship between gender, writing, and innovation could be measured, but also "whether such gender-specific roundups were even needed anymore."

Indeed. The way my spirits lifted when I saw that special issue, the way I snatched it off the rack at Bulldog News, made the answer to that all too clear. Milletti continues:

Now, seven years down the road, little has changed. The strategies for approaching innovative writing by women have settled ("stalled" might be a less tactful word) into two camps: those who propose the feminine is revealed in experimental work through specific stylistic devices-- i.e., a fluidity of prose, the nonlinearity of narrative elements, a decentered or nonhierarchical plot structure-- and those who are more hesitant to connect gender with writing techne. In short, the same body of questions remains core to the task at hand again. The focus of this special issue-- "Innovative Fiction by International Women"-- gives us a chance to once again revisit the problem that women innovative writers pose to readers. First, let me note the obvious: that, among writers and critics alike, there remains an ongoing discomfort with the question of "difference"-- to be more precise, the relation of "gender" to "genre." How, after all, do we "classify" women's fiction? Is it a subdivision of the great rubric "fiction"? A "literary subculture," as Nancy K. Miller unhappily remarks, given the "statistical majority" of women? Is women's fiction a "minor" literature, a "political" literature, a literature "of its own"? What is its object? Representation, for instance? Readership? Resistance? (Is an objective as such necessary?) And who writes it? Is women's fiction written by women, or is t a literature about women? Is it a feminist literature? Does it represent a "tradition"? (If so, whose tradition?) Finally, what do we mean by women's innovative fiction anyway. Innovative... compared to what?

Milletti looks to Ellen G. Friedman and Miriam Fuch's Breaking the Sequence: Women's Experimental Fiction (1989) for possible answers, but comes away dissatisfied. She soon returns to the raw fact that stubbornly remains: 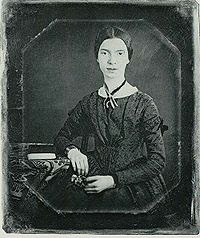 Certainly, the consequences for the historical production of women's texts are evident. As Susan Howe reminds us, for instance, even so-called "recognized" women writers are still often neglected; "Emily Dickinson and Gerturde Stein," after all, "are clearly among the most innovative precursors of modernist poetry and prose, yet to this day canonical criticism from Harold Bloom to Hugh Kenner persists in dropping their names and ignoring their work." It would appear, in short, that even when we hope to showcase the work of women, how the idea of the feminine is used and deployed (even with optimistic intentions) is itself at issue. I'd therefore like to propose the following: that we begin to create forums in which the idea of the "feminine" is also at stake-- not merely designated as a simple condition of inclusion. That we begin to question who, exactly "we" is: how are "we" a "collective" body of women writers? What conditions connect us? What circumstances keep us isolated from one another? How can we speak together, if not strictly, as one? After all, do all innovative women writers agree on the wealth of meanings the terms "woman" or "innovative" invoke? What we may very well discover is that women's innovative fictions are not founded in gender-- so much as in the critique of gender.

Milletti offers as an example a brief reading of Clarice Lispector's The Hour of the Star (1977), and then offers even briefer characterizations of the work by women writers reviewed under the umbrella of the Focus section.

I enjoyed reading this Focus section, particularly Milletti's essay. And yet, how much more satisfying it would have been to have been given a taste of Milletti's idea of a forum discussing the issues she raises, that she proposes in the middle of her essay. Or critical essays on the books under review addressing some of her questions with respect to the individual writer. Instead, because these were ordinary reviews written without reference to the Focus, I find myself feeling discouraged, for I came away with the sense that it is still apparently necessary to have a special feature on women writers in order to read reviews of these books that would have fit comfortably in any issue of the ABR-- books by some very well known writers (Rikki Ducornet, Lynne Tillman, Lydia Davis, Janet Frame, Mary Caponegro), plus work by three writers I had not encountered, Bhanu Kapil and Magdalena Tulli, and Christie Montalbetti.

Hmm. Mind-bending paradoxes seem to characterize the current "state" of feminist, women's, so-called multicultural, and (for lack of space to elaborate on expanding into better words or not) lesbian lit/fiction right now.

I've been trying to write about what the heck is going on with specifically lesbian fiction/lit currently, for some time now, and keep running into the same paradox - readers, critics, and publishers are more receptive than ever to certain forms of lesbian writing, certain authors, and to lesbian characters written by certain people, and yet also more resistant than ever to other forms of the same, from other quills. (And it's hardly as simple as "good" and "bad" writing, please...)

Depending on what individual case one focuses on, and what kind of read (or writing career) one is looking for, one can make an argument for "Best. Lesbian. Fiction. Era. Ever." or that "lesbian literature is shrinking," as my fave author Sarah Schulman says in a recent interview.

I continue to scratch my head, unable to scritch loaded quill against paper to explain the situation and why the current output remains intensely dissatisfying to this reader despite many jewels to be found...

Schulman sez: "It’s worse now than it’s ever been since the time of Virginia Woolfe and Gertrude Stein. Because in order for that truthful literature to be allowed to be an integrated part of the national discourse, the very individuals who currently are in control would have to allow information to come in that their position is constructed, not based on natural supremacy. And they can’t bear that thought. They can’t stand it. So they will mock you and marginalize you, and demean you and disrespect you rather than have to face that they are inflated."

Hee hee. While another part of my brain sees another side of the story, or rather, many sides, I do like that quote...

BTW, Schulman has a new SF-ish novel out with Arsenal Pulp, The Mere Future, "a futuristic dystopia about a New York City in which the only remaining career is marketing." Looks juicy.