The Pleasures of Reading, Viewing, and Listening in 2022, pt. 18: Cheryl Morgan

The Pleasures of Reading, Viewing, and Listening in 2022

The pandemic might be vanishing from people’s consciousness, but 2022 has been even more of a blur for me because I have been busy buying a house. I now live in lovely (if rather damp) South Wales, in a valley that was once home to the great boar, Twrch Trwyth.

The main reason for moving is that it has become almost impossible, as a trans person, to get healthcare in England. Even if you are prepared to pay for it, most private medical services won’t take you as a customer, and the few gender specialists are all massively over-subscribed. The secondary reason is that I had run out of space where I was living. One of the things I have been perusing of late has been the Billy Bookcase page on the IKEA website.

Of course I have also read books, though not nearly as many as I would have liked. Let’s start, as last year, with the gender-related stuff.

I’m a sucker for Classical retellings, and in Wrath Goddess Sing Maya Deane pulls of the audacious trick of re-casting Achilles as a trans woman. If you know your Greek myth, you will know that this is not as far-fetched as it might initially sound.

Gender is also a theme of a brilliant ecological first contact novel from Ruthana Emrys. A Half-Built Garden will probably attract interest mainly for the political landscape of the world in which it is set, but there’s lots of juicy gender politics to get your teeth into as well.

One of the most pleasant surprises of the year has been The Bruising of Qilwa. This novella from Naseem Jamnia is not much about gender, though it does have a non-binary protagonist. It is a medical mystery set in a fantasy world that manages to approach the medical and magical sides of the story with the rigor of hard science fiction.

Lesbian space opera continues to be a thing and, with Bluebird, Ciel Pierlot seems to have found the perfect elevator pitch. “Gun-slinging girl space pirate with hot librarian girlfriend” hits all the right notes. It is a very impressive debut too.

Talking of lesbian science fiction (and yes, the Locked Tomb series is now very obviously science fiction), Nona the Ninth did not disappoint. The ambition that Tamsyn Muir brings to this series continues to delight me, and I for one am happy that there will be a fourth book.

Any year with a new Guy Gavriel Kay book in it is a good year. All the Seas of the World returns the some of the same characters from Kay’s previous two novels, while introducing some fascinating new perspectives. The only downside is that we now have to wait two to three years for the next one.

Another stand-out novel of the year was The Daughter of Doctor Moreau by Sylvia Moreno Garcia. This creative re-working of the Wells novel has important things to say about the colonization of Mexico as well as about gender relations.

From Mexico we move to Finland and The Moonday Letters by Emmi Itäranta. This is a clever epistolary novel that has a lot to say about the current climate crisis from the twin perspectives of a near future where Earth has been abandoned by the wealthy, and traditional spiritual practices rooted in the deep past.

Aspects, the unfinished final novel by John M Ford, was every bit as good as we’d been told. Sadly it is unfinished, and it seems likely that there would have been sequels, which makes it even more sad that Ford was taken from us so young.

Finally in novels, hard science fiction by a woman. Lucy Kissick did her PhD at Oxford on the lost lakes of Mars. She’s an ideal person to be writing about terraforming. Plutoshine captures the various debates around that well, and gives a starring role to the most distant member of the solar system.

Well not quite all the of novels, because I did read one by Saad Z Hossain: Cyber Mage. However, I also read Kundo Wakes Up, which is a fine novella in the same world. So Hossain provides a neat bridge to the shorter fiction. His work is a lot of fun.

One of my favorite novellas of the year was These Lifeless Things by Premee Mohamed. It is an intriguing tale of archaeology in a ruined city after some sort of dystopian even that may have included an alien invasion. I was delighted to see this book on the British Fantasy Award shortlists.

The Monk & Robot novellas from Becky Chambers manage to be both smart and charming. I suspect that you know this already.

Much to my delight, we have a new Singing Hills novella from Nghi Vo. Into the Riverlands is an exercise of Wuxia, which Vo manages with her customary brilliance.

If you are wondering why I haven’t mentioned Spear by Nicola Griffith, it is because I got an ARC and wrote about it last year. The folks at Locus tell me that its word count classes it as a novel. Please remember than when doing award votes.

I’d also like to mention a few authors who are continuing with good series. Aliette de Bodard has both her Fallen Angels in Paris and her Vietnamese Space Opera series going, and both had excellent new volumes this year. Liz Williams has produced a new volume in her delightful Fallow Sisters series. And Charlie Jane Anders is continuing her entertaining YA space opera series, Unstoppable.

As you probably know, I’m not a great reader of short fiction. But I did get to read Midnight Doorways by Usman T Malik and I was absolutely blown away by it. A very worthy winner of both the Crawford and World Fantasy Awards.

Wizard’s Tower continues to move forward, with new books from Chaz Brenchley and Juliet McKenna. I must be doing something right, as two old friends from Australia have asked me to publish their work.

Generation Nemesis, by Sean McMullen, is a timely reminder that if climate change does cause a major catastrophe then someone will be held responsible, and that someone will probably be us. That one is already available.

Glenda Larke has always impressed me with her ability to suffuse epic fantasy with profoundly feminist themes. The Tangled Lands does this brilliantly and will be available in January.

On now to podcasts and a very warm recommendation for Doctor Who: Redacted <https://www.bbc.co.uk/programmes/p0c0krqf>. Given everything else that is going on in the UK right now, it is remarkable enough that the BBC should produce a Doctor Who audio drama written, produced and acted mainly by queer women. I’m delighted to report that it is also very good indeed. I’m not sure how widely available it is, but if you can listen to it, please do so, and remember it when the Hugo ballot opens.

I’m listening to a lot of history podcasts, and one of my favorites is Kate Lister’s Betwixt the Sheets <https://play.acast.com/s/betwixt-the-sheets>. from the History Hit stable. Billed as “the history of sex, scandal & society”, it covers all those things that history teachers were too embarrassed to mention. From the bra to the boob job, from Vikings to Rasputin, and from Witches to Sex Robots, it is all here. A particular favourite is “Rochester: The Restoration's Filthiest Poet”, in which Rebecca Rideal tells us all about the nefarious life of John Wilmot, 2nd Earl of Rochester, and Neil Gaiman reads extracts from some of the smuttiest poetry ever written.

I have been buying art books again, because the very excellent Liam Sharp has run a set of Kickstarter campaigns for a series of three retrospectives. Liam works mostly in comics, so you may not have seen much of his work, but I suspect that most of you are familiar with his image of Wonder Woman.

That takes us neatly to TV and movies. The folks at Marvel have been very busy. Since last year’s post I’ve watched four TV series: Hawkeye, Moon Knight, She-Hulk and Ms Marvel. I like the way that Marvel are trying to do something different with each series, rather than stick to traditional superhero formats. Ms Marvel was by far the best of them, and I look forward to seeing Kamala Khan again soon.

In the movies, Thor: Love & Thunder and Doctor Strange and the Multiverse of Madness were both entertaining, but not spectacular. I no longer live 10 minutes' walk from a movie theater, and what venues I do have don’t seem to offer as many screenings as I’m used to. Consequently I missed Wakanda Forever and will have to report on that some other time.

The unexpected TV hit of the year was Star Trek: Strange New Worlds. While Discovery’s attempts to chronicle the pre-Kirk era largely fell flat, this series has managed to capture the feeling of the Original Series very well.

Sadly Galadriel: Warrior Princess, sorry, Rings of Power, was most notable for the nonsense talked about the series by butt-hurt dudebros. I couldn’t finish The Silmarillion, so I have no great stake in the faithfulness of the plot. I look forward to reading Tolkien scholars’ takes on the series when it is finished.

The Dune film was not bad, which is a lot better than I was expecting. By far the best thing about it was the Hans Zimmer soundtrack, which deservedly won two Oscars.

I am hopelessly biased with regard to The Sandman. I’ve known Neil for decades and am delighted that he has been able to bring his most-loved creation to the screen under his creative control. I’m even more delighted that he has brought on board Catherine McMullen (daughter of Sean mentioned above). I’ve known her since she was 9, and she was clearly destined for greatness then. 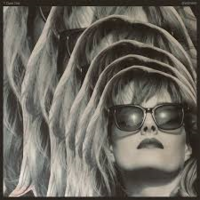 I don’t have much in the way of new musical discoveries this year, but if you are into electronica I suggest you check out the work of Gwenno. In particular her Y Dydd Olaf (The Last Day) is a science fiction concept album with lyrics in Welsh and Cornish.

I did attend one live concert. Jethro Tull did a charity gig in Bath Abbey to raise funds for the building, and for Wells Cathedral which is the other major venue in the Diocese of Bath & Wells. The likes of “Aqualung” and “Locomotive Breath” are not the sort of things I ever expected to hear performed in a church, let alone one in such a stuffy city as Bath, but I was very happy to be surprised by what was allowed.

Cheryl Morgan blogs, reviews and podcasts regularly at Cheryl’s Mewsings and Salon Futura. She is the owner of Wizard’s Tower Press . She also lectures regularly on topics of SF&F literature, and on queer history.