The Pleasures of Reading, Viewing, and Listening in 2022, pt. 24: Christopher Brown 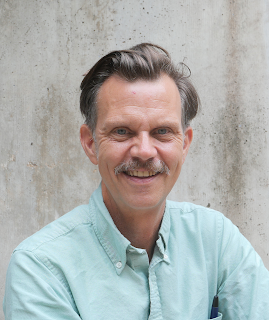 The Pleasures of Reading, Viewing, and Listening in 2022

“Many fires burn under the water.”

That quote from the proto-Socratic philosopher Empedocles provides the epigram, in Spanish, to the Catalan poet and encyclopedist Juan Eduardo Cirlot’s introduction of his Diccionario de los Ismos (A Dictionary of Isms), originally published in 1949. If you look for the quote in English, you will find it as “[m]any fires burn under the surface,” a difference that cannot be explained away by the quirks of translation, nor by the fact that the copy you are reading is a 1954 second edition revised and augmented by the author.

My own experiences as a translator a decade ago, of a book that is now disappearing for reasons unrelated to its contents, made me suspicious of that under-considered art and the way it always alters the truth. It gave me the persistent urge to seek out the original texts, at least in those languages with which I have enough conversance to be able to experience some of the voice of the actual author. That’s how I started the year reading Ricardo Piglia’s El Camino de Ida (translated as The Way Out) on a Central American beach, a terrific university noir about an Argentine expert on William Henry Hudson who gets recruited to spend a year as a visiting lecturer at a thinly veiled Princeton, only to find himself drawn into an affair with his patron, a radical scholar of Dickens “who knew how to fight as well as think,” and then into a murder mystery. The narrator’s description of the contrast between the barred windows and security kiosks of Buenos Aires and the “luxury psychiatric clinic” of suburban New Jersey has a truth in the Spanish that the excellent official translation just can’t match, a perfect warm-up for the engaging characterization of the darkly charismatic and insanely smart woman who carries the story as both muse and mirrored protagonist. Austin’s most wonderful bookstore, Malvern Books, which for nine years has confounded commercial wisdom by selling exclusively small press literary fiction, literature in translation, poetry, and an eclectic selection of graphic novels, and is sadly closing at the end of this year following the death of its proprietor, Joe Bratcher III, from complications of Covid-19, has an entire section devoted to titles from New York Review Books, the imprint affiliated with The New York Review of Books. And one of the titles I discovered there last year was NYRB’s new edition of Cirlot’s Dictionary of Symbols, with an afterword by the late author’s daughter, the scholar and medievalist Victoria Cirlot. We all, I think, enjoy those books that provide compendiums of the interconnected marvels of the world and the mind, and Cirlot’s is not the first such Jungian bestiary I have acquired over the years. But it is the first that compelled me to find the original, only to discover that there are many varied editions that could pass as such, and that it is not the only such compendium the author created, just the only one that has been translated into English.

Reading Cirlot’s syntheses of omnivorous erudition, one is struck by the reminder of how much more work and time it took to accumulate such knowledge and reading in a world before Wikipedia and online booknets that enable you to order an obscure tome from a tiny shop in Barcelona and have it arrive at your home in Austin a week later. These are books made from the material of other books, and from the dreams and digressions they triggered, so beautiful and inventive you sometimes find yourself wondering how much of their contents may truly have been invented. Especially when you read about the author and find his own biography reads suspiciously like a Borgesian fiction that includes years as a customs agent, the selling off of other assets to accumulate a collection of swords, and an obsession with a mid-1960s Charlton Heston movie so intense that it became the core theme of his poetry.

When a friend asked me why I was reading Spanish-language encyclopedias of ephemera when I am supposed to be researching a book about urban nature (The Secret History of Empty Lots, forthcoming from Timber Press), I realized it was because I am looking for ways to better convey the dreamlike experience of encounters with wild nature inside the realm of human dominion—animals and plants as marvels and signifiers as much as objects and sources of scientific understanding.

It may be that search that found me ending the year reading Katherine Rundell’s The Golden Mole, a collection of essays about the wonders of selected animals, some of which were originally written for the London Review of Books and others for the book, and which I learned about from an LRB podcast replay of the book launch talk. A scholar of Renaissance literature at Oxford who got much more attention this year for her new book about John Donne, Super-Infinite, and before that for her children’s books, Rundell shares Cirlot’s gift for lyrical reweavings of diverse facts and sources into Marzipan-rich distillations of enlightenment, ranging from her riff on the possibility that Amelia Earhart was devoured by hermit crabs to her observations on why the peculiar marsupial adaptations of the wombat kept that source of Victorian adoration from showing up in Winnie the Pooh. She is also, like Cirlot, one of those authors whose biography makes you wonder if it has been invented (in her case involving a childhood without shoes, a proclivity for tightrope walking, and the claim that she starts every day with a cartwheel).

Closer to home, the human biographies collected in Joseph C. Russo’s Hard Luck & Heavy Rain: The Ecology of Stories in Southeast Texas might seem similarly fabulist to those who bring educated preconceptions about the lives of those mysterious rural Americans who, among other things, enabled the implausible truth of the Trump presidency. Russo’s book is an anthropology of the present, an ethnography of the white working class inhabitants of the petrochemical wetlands of Southeast Texas, with a particular focus on LGBTQ+ life in that region, religion and humor, economic hardship under late capitalism, the connections of contemporary life to Anthropocene ecology, and the hard luck archetypes that provide the narrative engines of the best country songs. The book is beautifully written, charged with empathy and understanding, and a really exceptional contribution to understanding our cultural moment and its tethers to the American past.

My research this year has also found me reading a lot of writing about walking, from Rebecca Solnit’s excellent Wanderlust: A History of Walking to Iain Sinclair’s densely mapped Lights Out for the Territory. I also re-discovered the work of the English writer Merlin Coverley, who seems to have cornered the market on writing about writing about walking with his survey of Psychogeography from Defoe to Sinclair, The Art of Wandering: The Writer as Walker, which reaches into wider literary territory, and Hauntology: Ghosts of Future Past, which is more focused on wanders of the mind. Much of this material explores, in diverse ways, the very writerly art of getting lost on purpose, usually in the city, as a way to jumble the semiotic landscape and make fresh connections and revelations in its reassembly. None of these books do a very good job of getting off the pavement and into the interstitial wild that the city hides, which was the focus of my interest, but they get much closer than they realize.

Thinking about the ways urban space partitions the land into a labyrinth got me reading about the deep history of enclosure, from Maurice Ashley’s England in the Seventeenth Century to the more recent work of the Canadian historian Allan Greer, whose Property and Dispossession: Native Empires and Land in Early Modern North America provides a fascinating correction to the conventional wisdom that the European colonization of North America embodied a clash between private property regimes and a vast continental commons. Greer shows what an important role communal property held for the early colonists, and how the commons they shared with Native peoples was the primary means of those peoples’ dispossession. Not through the imposition of private property regimes, at least initially, but through the alien practice of animal husbandry—free-range ranching on the shared commons that wrought rapid ecological destruction, essentially contaminating the lands in advance of the plow. A very different tragedy of the commons than the one the economists used to want us to believe, and rich fodder for thinking about how we could do things differently.

I did read a little bit of new fiction this year as well, including two collections of note, both from writers who are also friends of mine: Richard Butner’s The Adventurists, and Fernando Flores’ Valleyesque. Two very different voices, but ones that share a capacity for allowing the fantastic to shimmer in the margins of the observed world, with stories the lyrical symbologist Cirlot might appreciate. He might have trouble keeping up with the symbols and archetypes that those of us who grew up in a cathode ray and then digital media culture populate our minds and our fictions with, but part of the genius of Richard and Fernando is how they tether the totems of contemporary popular culture to the mythic past and the rich literary heritages they build on.

I have one more trip to make to Malvern Books before they close. It’s a store staffed by writers (including Fernando), who were encouraged and aided every step of the way by their day job boss, who also helped many other of us emerging and established writers in Austin. And before Joe Bratcher opened Malvern, he ran Host Publications, a small press that started out focused on literature in translation and in 2018 shifted emphasis to underrepresented American voices—primarily women, people of color, immigrants, and LGBTQ+ writers. I hope to end the year reading one of their most noted 2022 books: But for I Am a Woman by Sophia Stid, a book of poetry in conversation with the writings and life of Julian of Norwich, who I mentioned in last year’s roundup. On last week’s trip to Malvern I learned from the Host team that their press will continue on without Joe, and I’m excited to see where they will take it.

Christopher Brown is the author of the novels Tropic of Kansas, Rule of Capture, and most recently Failed State, which was a finalist for the 2021 Philip K. Dick Award. The Secret History of Empty Lots, a new work of narrative nonfiction about urban wilderness and rewilding the American future, drawing on the material of his popular newsletter Field Notes, is forthcoming from Timber Press.