The Pleasures of Reading, Viewing, and Listening in 2021, part 27: Lesley A. Hall 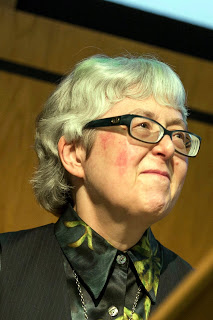 by Lesley A Hall

Another year when there were many things I would have liked to read, but did not find myself in the right mood for, alas.

Much of my reading was retrospective. I was delighted to see that Kennedy and Boyd are republishing Naomi Mitchison’s long unavailable wonderful work of Arthuriana, To the Chapel Perilous (1955). This led me to dig out my copy of the 1999 Green Knight paperback and re-read it: such a wonderful layered work about narrative, and the very varied strands that got woven into the Arthurian mythos, and who tells and controls the story. I was hopeful that by this time of year I would be able to announce the publication of an edited volume of essays on Mitchison from Edinburgh University Press, who is at last receiving some of the attention which is her due, but this is, like so many other projects, subject to the delays of the present circumstances.

Given my interest in early-to-mid-twentieth century British women’s fiction, I have been particularly grateful for the endeavors of the Furrowed Middlebrow imprint of Dean Street Press. My own particular gratitude was for the publication of previously very hard to obtain early works by Margery Sharp, a writer who, like so many of her contemporaries, had a surprising sly subversiveness. I am also pleased to see that they are putting into circulation some of the under-appreciated non-Cold Comfort Farm novels of Stella Gibbons (which I aforetimes spent a good deal of time and effort acquiring secondhand). The Bello imprint of Pan Macmillan, while not exclusively focusing on neglected women writers, has very welcomely brought back into print, at least digitally, the early works of Noel Streatfeild, before she became a prolific writer for children, which were formerly pretty much impossible to get hold of.

The recuperation of women’s literary traditions by the rise of feminist publishers in the 1970s is beginning to be documented: the most notable and enduring, Virago, has been receiving particular attention – Catherine Riley, The Virago Story: Assessing the Impact of a Feminist Publishing Phenomenon (2018), D-M Withers, Virago Reprints and Modern Classics: The Timely Business of Feminist Publishing (2021) and Lennie Goodings, A Bite of the Apple: Behind the Scenes at Virago Press (2020). While of interest, these somehow felt liked materials toward the full story yet to be told. There was also very much the sense of an unexplored wider ecology of feminist publishing and bookselling still awaiting historians. (I was going to mention Persephone’s handsome reprint of Amber Reeves’ 1914 A Lady and Her Husband as one of a number of women newly affronting their destinies in mid or late life narratives that I enjoyed this year, but checking up, discover I read it late in 2020.)

I was also excited to encounter a couple of studies of women writers of the early 1960s who were part of the background of my coming of age: Celia Brayfield, Rebel Writers: Seven Women Who Changed Their World (2019) and Anne Wellman, Angry Young Women: six writers of the sixties (2020). There was a good deal of overlap between the two, and some writers omitted whom I might have included. Though I may be influenced there by having twice in the course of the year been a ‘living archive’ giving oral history interviews and alluding to the impression made on me by certain works read in adolescence/young womanhood, which had very much impressed upon me the importance of reliable and readily available contraception.

In other reading, in a year in which hopes and plans for archival research were once again largely thwarted, I indulged myself by taking out an annual subscription to the British Newspaper Archive, rather than just ante-ing up on such occasions as I had specific need to look something up. This has been an entire boon and I have gone swirling down several research rabbit-holes, which I hope will result, if not in polished scholarly articles, at least in an occasional entertaining blog-post or two.

Lesley Hall was born in the seaside resort and channel port of Folkestone, Kent, and now lives in north London. She recently retired from a career as an archivist of over 40 years. She has published several books and numerous articles on issues of gender and sexuality in nineteenth and twentieth century Britain, and is currently researching British interwar progressive movements and individuals. She has also published a volume in the Aqueduct Press Conversation Pieces series, Naomi Mitchison: A Profile of her Life and Work (2007). She has been reading science fiction and fantasy since childhood and cannot remember a time when she was not a feminist. Her reviews have appeared in Strange Horizons, Vector, and Foundation, and she has been a judge for the Tiptree and Arthur C. Clarke Awards. She has had short stories published in The Penguin Book of Modern Fantasy by Women (1996) and The Penguin Book of Erotic Stories by Women (1995) and, most recently, is the author of the series The Comfortable Courtesan: being memoirs by Clorinda Cathcart and Clorinda Cathcart's Circle: https://www.clorinda.org. Visit Lesley's website.