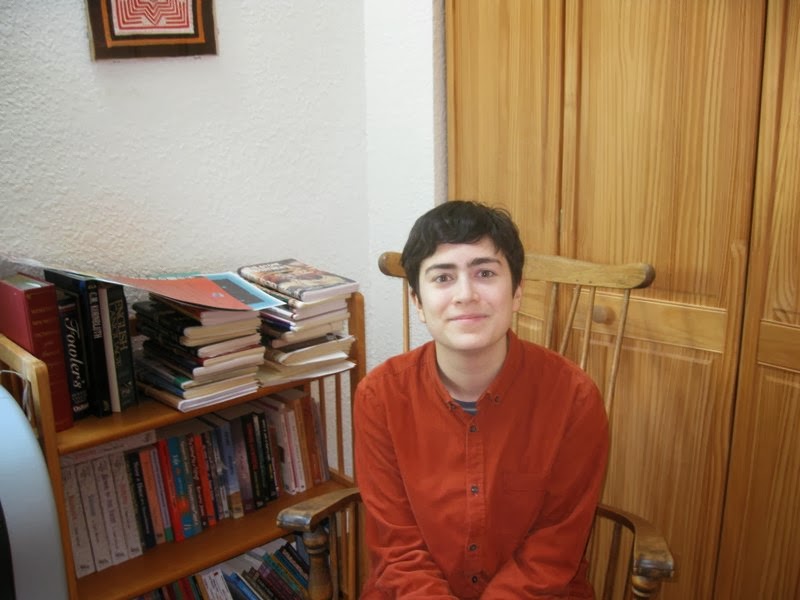 Hello all! This is Arrate speaking. I am Aqueduct Press’ new trainee, freshly arrived to Seattle to learn about and train in all things Aqueductian.

A few years ago I left my Spanish home for England, where I learned the ins and outs of publishing from a book’s conception through to its printing and delivery. This work made me happy and I had long been dreaming of applying my skills to literature I really care about, and hence it just seemed natural that my next step would be knocking at Aqueduct Press’s door.

My love affair with feminist science fiction began only a few years ago, although the preamble to it had been ballooning inside me since encountering Pamela Zoline’s 1967 short story "The Heat Death of the Universe," a very much discussed piece of subtle science fiction that showed me that there was another way, a different, exciting way to write speculative fiction—or just fiction, for that matter—that spoke directly to me as a woman and a feminist. Zoline’s Californian housewife Sarah Boyle put my world upside down and it has never been quite the same ever since. I have always been intrigued by liminal beings that inhabit several worlds and none at the same time. Creatures that we cannot quite pin down, neither evil nor good, that escape the constraints of human-animal, male-female dichotomies. The trickster Loki (without whom the surviving mythological Norse tales would not be half as fun) quickly springs to mind, but there are many more such characters, and I find that feminist science fiction is a world in which they thrive.

From Ursula K. Le Guin’s gendered-at-will citizens of planet Winter in The Left Hand of Darkness, to brave, compassionate Luciente in Marge Piercy’s Woman on the Edge of Time, to the innocent but resourceful teenage girl Rachel trapped in a chimp’s body in Pat Murphy’s "Rachel in Love," to, more recently, the bodyspeaking nectar collector WaLiLa of Kiini Ibura Salaam’s James Tiptree Jr. Award-winning short story collection Ancient, Ancient: these are characters that inhabit margins and mezzanines of meaning, reassembling and dismantling constructions of humanity and gender. And these are the books I love: books that tear apart the conventions perpetuating unjust power structures, restrictive sexual roles, and finite expressions of humanity in beautiful, inspiring ways.

Aqueduct Press turns ten years old this year and I will be helping to celebrate the feat by bringing back the newsletter and organizing a party at this year’s WisCon. I will have lots of reading to do as well, and I will be digging for classic titles that may deserve a proper reappearance on our shelves.

I will also be looking to build bridges between Seattle and the feminist science fiction being written in Spain, which is little, but fierce. While a great deal of Spanish science fiction, both by women and men, faithfully follows the conventions of the canon, there are some voices—Elia Barceló and Lola Robles, for instance—that have been paving the way for the last couple of decades towards a change in the tradition. I suspect there will be more about this topic soon enough.

I look forward to putting my passion for books that matter to good use, and I can’t wait to get started.
Posted by Timmi Duchamp at 2:23 PM

Welcome, Arrate. It was nice meeting you at Wiscon. Looking forward to hearing more about the feminist sf/f writers in Spain.

Thank you, Sheree! Your contributions to the Afrofuturism panel are definitely a highlight of my first ever WisCon experience, so thanks for that.