The Pleasures of Reading, Viewing, and Listening in 2013, pt.8: Cheryl Morgan 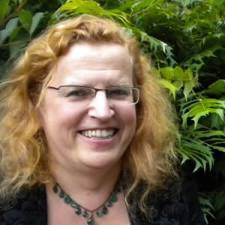 I’d like to start this year with a couple of books that are nothing to do with fiction. Rather they are by prominent gender theorists: Kate Bronstein and Julia Serano. Both, I think, will interest the Aqueduct Press community.

I’ve not been a big fan of Kate Bornstein’s earlier works as they seem, from my vantage point, to have ended up being used more to cause divisions within the trans community than to enlighten people. Since then, however, I have got to know Kate a little and understand where she is coming from. Also her New Gender Workbook is a lot more balanced. And it is a great deal of fun. It should be very useful for giving to people who think all of this gender stuff is a bunch of po-faced academics arguing about theoretical irrelevancies.

Julia Serano’s Whipping Girl is the book I normally recommend to people wanting to learn about trans issues. I have been looking forward to her next venture for some time, and I’m delighted to say that Excluded doesn’t disappoint. Ostensibly about the way in which trans women have been excluded from feminist spaces, the book takes off from there to examine the whole idea of how we should advocate on behalf of marginalized groups, both as members of them and as allies. I heartily recommend it to anyone with an interest in intersectional feminism.

Back with the fiction, four books particularly stand out for me this year. Two are fairly obvious: Guy Gavriel Kay’s River of Stars and Neil Gaiman’s The Ocean at the End of the Lane. The other two are by women.

Ann Leckie’s Ancillary Justice has been the talk of the Internet this year; and deservedly so. While there have been science fiction books before that have played with ideas of gender by introducing characters whose biological sex is fluid or androgynous, no one, to my knowledge, has achieved that purely through language. It is clear that some of the characters in the book are gendered. Others may not be. When aliens speak gender may be indicated, but the people of the Radch Empire have no gendered pronouns. The central characters in the book are all Radch, and when they speak they refer to everyone as “she”. We gendered beings have no idea whether the persons they are speaking about are gendered in some way or not. It is delightful.

The new Nicola Griffith novel, Hild, contains only homeopathic quantities of fantasy. And yet, much like a work of Magic Realism, it is set in a world where everyone believes in magic, and consequently for them magic does exist. That world is 6th Century Britain, a fascinating mixture of native Celtic tribes and various types of Germanic colonists, plus the occasional hold-over from Roman times. Europe is slowly dragging itself back into civilization following the post-Roman chaos, and it is by no means certain which tribes, which petty kings, will triumph. Success will depend as much on possession of natural resources, skill in trading, and diplomacy with this strange Pope in Rome and his zealous priests, as it does on force of arms. Griffith does a magnificent job of creating this world, and because her central character is female it is a world we see very much through women’s eyes.

2013 has also been a year in which Afrofuturism has come to the fore. You are doubtless all familiar with Ytasha Womack’s fabulous book with that title, with Sofia Samatar’s A Stranger in Olondria, and with the various anthologies showcasing writers of color. I’d therefore like to focus in particular on a writer you may not have heard of because her book is only out in the UK. Stephanie Saulter is Jamaican by birth and spent many years in Miami working for Island Records before moving to London and becoming a high powered consultant. Now she has given that up and turned to fiction. Her debut novel, Gemsigns, is an excellent new take on the idea of genetic engineering creating new types of human, and using that as a metaphor for the way in which marginalized groups are deemed less than human in present day society.

One of the reasons that I have got to know Stephanie is because I am now regularly helping host a community radio show on Ujima Radio in Bristol. Ujima primarily serves the Afro-Caribbean community in Bristol, and the Women’s Outlook show concentrates primarily on issues of interest to women in that community. We’ve done features on equalities law, on female genital mutilation, on natural childbirth clinics and so on. But because they have me they also touch on LGBT issues, and do a lot about books. I’ve brought a lot of local SF&F writers into the studio, and have had Stephanie on twice. Some of the interviews are now available through my Salon Futura podcast stream, and fairly soon I hope to have my hour-long Afrofuturism show available.

Talking of podcasts, the SF Crossing the Gulf show put together by Karen Burnham and Karen Lord continues to be one of the best SF-related shows available. Only The Writer and The Critic comes close in terms of in-depth analysis of the chosen texts. Both shows are highly recommended.

I’m continuing to spend a lot of time in Finland, and was deeply upset to see my friends lose their 2015 Worldcon bid by only 35 votes. They are bidding again for 2017. Do please consider voting for them. Finnish fandom is run by women. And they have no gendered pronouns.

Ann and Jeff VanderMeer are also big Finnophiles, and this year they published another fine novel by the great Leena Krohn. Datura is the story of a young woman who is given a datura plant by family who don’t realize how dangerous it is. Hearing that it is supposedly an herbal cure of asthma, she begins to eat the seeds. Because she works for a magazine that specializes in stories about strange occurrences (presumably loosely based on Fortean Times), she fails to understand what effect the plant is happening to her. The book is as odd as you might expect.

This year’s discovery from Finland, however, was a Swedish writing team: Sara Bergmark Elfgren and Mats Strandberg (they are not a couple). They have a phenomenally successful series of YA books, of which the first two, The Circle and Fire, are out in English. Getting any non-crime novels translated from Swedish is an achievement, but novels about a group of teenage witches living in a small town in rural Sweden are not the sort of thing you would expect to become a global phenomenon. Thankfully the issues faced by teenage girls are pretty much the same all over the Western world. Also Sara and Mats write really well.

Much further afield, Elizabeth Knox has two books out this year: a YA fantasy, Mortal Fire; and an adult horror novel, Wake. Knox continues to struggle to get her work published outside of her native New Zealand. I cannot for the life of me understand why. Find those books if you can.

I don’t get to the movies much, so I generally don’t see big films until they are available on disk. I have, however, bought a Blu Ray player, and now have a new appreciation of the special effects work in Blade Runner from before the days of CGI.

One fairly recent film I was very impressed with is Cloud Atlas. I love the novel, and could not for the life of me see how it could be adapted for the screen. The Wachowskis have done an amazing job.

The Doctor Who 50th anniversary special was about as bad as I expected, save for the brief appearance of Tom Baker. I hated pantomime as a kid, and it doesn’t get any better with age. However, An Adventure in Space and Time, the dramatized story of the creation of the series, was magnificent. It was pulled from iPlayer fairly quickly, so I’m hoping the BBC has a disc release on the way.

Talking of the Doctor, Delia Derbyshire was one of many musicians featured in Adventure Rocketship #1 (weirdly subtitled Let’s All Go to the Science Fiction Disco). This is a rather strange publication: a magazine published as a book, containing both fiction and essays, all of them about the intersection of science fiction and popular music. I loved it so much that I talked the editor, Jonathan Wright, into letting me do an ebook edition. It, via an essay by N.K. Jemisin, is also responsible for one of my few new musical discoveries this year: Janelle Monáe.


Will you be electric sheep? Electric ladies, will you sleep?
Or will you preach?

Goodness only knows what Phil Dick would have made of that. Given that I get called a freak on a regular basis, I’m with the Archandroid.

Cheryl Morgan is the owner of Wizard’s Tower Press and the Wizard’s Tower ebook store. She blogs, reviews and podcasts regularly at Cheryl’s Mewsings.
Posted by Timmi Duchamp at 5:30 PM