The Pleasures of Reading, Viewing, and Listening in 2013, pt.5: Tansy Rayner Roberts 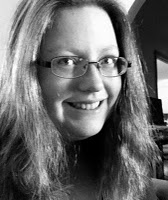 I’ve had an odd sort of year, reading classics rather than science fiction or fantasy, catching up with and re-reading older works, and entirely failing to “keep up with the field.”  It’s been rather liberating in some ways, though I do feel somewhat guilty at not doing my usual job of finding the great SF and fantasy by women to recommend to listeners of the Galactic Suburbia podcast.

Next year, perhaps! I do feel somewhat accomplished for having read the entirety of A Song of Ice and Fire back in March-April, though, a marathon effort that I greatly enjoyed. Like the TV show, even where the books are problematic, it’s usually in such interesting ways that I can’t turn away.

One science fiction novel that did manage to worm its way past my defences was Ancillary Justice by Ann Leckie, an excellent story with a terrific pace to it - and considering that every other chapter is a flashback, that’s really saying something! I liked the emphasis on linguistic and gender perception differences between cultures, and how complicated they were even for an AI to parse them, especially one with fewer resources than she used to have. Very clever and promising - and I’ve been delighted to hear so very much buzz about this book over the year.

I also very much enjoyed Diana Peterfreund’s YA science fictional retelling of Jane Austen’s Persuasion, For Darkness Shows the Stars, which veered a lot further from the original than I expected but also contained a great deal of interesting SF worldbuilding in order to make the story work. I am looking forward to her gender-swapped Scarlet Pimpernel novel, Across the Windswept Sea, which is set in the same imagined future.

A new favourite novel which may have to be reread in many years to come is Elizabeth Gaskell’s Cranford. I’ve been meaning to attempt Gaskell’s novels for some time and was really delighted with this slender oddball volume about domesticity and the lives of gentlewomen from a previous generation to the author. I often feel that historical fiction and science fiction are a lot closer than anyone likes to admit, and there was something oddly SFnal about this work set in a village where almost all the men are simply absent, due to death, scandal or business elsewhere, and all is ruled by the women with their rituals of calling upon each other, their concern with ‘elegant economy’ and their complex communication methods when it comes to scandal, appropriate behaviour and even charity and kindness. If Cranford is science fiction, then it’s a gently feminist work of science fiction.

In comics, I have read some marvellous “graphic novel” collections this year, including the first two volumes of the edgy and weird space opera Saga, which so deserved this year’s Hugo, and the second volumes each of the continuing Captain Marvel and Hawkeye series which are the best superhero comics right now. I also very much liked the first two volumes of Brian Michael Bendis’ All New X-Men with its crazy ‘original X-Men travel forward to meet their future selves’ premise, and the first few issues of the new Red Sonja title by Gail Simone.

Slightly related to my love of superhero comics is the clever and adorable collection of superhero poetry, Flying Higher, edited by Michael Damian Thomas and Shira Lipkin. Also, my favourite airplane novel this year was The She-Hulk Diaries by Marta Acosta - a super heroine reinterpreted as the centre of a chick lit novel, pretty much exactly what it says on the tin.

The Doctor Who 50th anniversary has loomed large in my head and my reading this year, not least because of my year-long blogging project to commemorate the history of the show. The books that have had the most lasting effect on me were Elisabeth Sladen’s Autobiography, which made for a great social history about theatre life as television production in the 60’s and 70’s, and Richard Marson’s biography of 1980’s producer John Nathan Turner which is far more sensitive and nuanced than you might expect of a book titled The Life and Scandalous Times of JN-T.

My favourite Doctor Who book of the year, though, was The Wife in Space by Neil Perryman, chronicling one fan’s lifelong relationship with Doctor Who as a counterpart to his relationship with his non-fan wife Sue, culminating in the epic experiment in which they watched every episode of the show in order (including the reconstructions and telesnaps/audio tracks of missing 60’s stories). I followed their blogging project from the beginning and adored Sue’s pragmatic, snarky and hilarious take on the show - especially her habit of not only dismissing sacred cows of Doctor Who fandom, but also of bringing a new perspective and appreciation to stories that are often underrated.

The book is just as funny as the blog, and provides context via a family history, and a discussion of the effect of the massively popular blogging experiment on their lives. The Wife in Space is a surprisingly intimate story of how love for a TV show can intersect with marriage and parenthood, for better and worse.

I’ve been listening to more audio plays and books than ever before, often at the expense of reading time. The BBC Radio 4 adaptation of Neil Gaiman’s Neverwhere was absolutely wonderful, conveying the clever ideas of the original story far better than either of its previous iterations as a TV show or a rather slight novel. The cast is spectacular, with James McAvoy, Natalie Dormer, Bernard Cribbins, Benedict Cumberbatch, Anthony Stewart Head… and Christopher Lee. Among others. Highly recommended.


I also enjoyed the audio adaptation of Oscar Wilde’s The Picture of Dorian Gray, from Big Finish, starring Alexander Vlahos. I’ve been following their Dorian Gray series for the last couple of years (based on the premise that he survived through the 20th Century, haunted by various ghosts from the past and occasionally fighting sinister monsters) so it was rather nice to add this dimension by hearing an interpretation of the original that includes “our” Dorian. Miles Richardson is also in this, playing an elegant and morally dubious character, which added some lovely dimension to the piece.

Speaking of Miles Richardson, I also wanted to draw attention to the Gallifrey audio series from Big Finish, which has had six seasons (of 3-4 plays each) produced over the last decade. Based somewhere between all the references to Gallifrey in the Classic era of Doctor Who, but before the Time War and New Who, this was intended to be a straight political drama based around the Time Lords. It also encompasses mystery and science fiction, but at it’s heart it is The West Wing/Yes Prime Minister in space.

The main cast consists of two former Doctor Who companions: Lalla Ward as the long-suffering and idealistic Lady President Romana, and Louise Jamieson as her bodyguard Leela, a former “savage” who had to adapt to the “civilised” ways of the Capitol when she married a Gallifreyan. Supporting these two amazing women (and how often do you see a science fiction series of any kind with two 50+ actresses playing the protagonists) are Miles Richardson as Braxiatel, Sean Carlsen as Narvin, and of course John Leeson as two different versions of K9.

From politics and diplomacy on Gallifrey to time viruses, the dangers of other dimensions and finally a battle between Time Lords and Daleks which shows the shape of the Time War to come, this is really good, solid radio science fiction, and the final series which was released only a couple of months ago brings it home powerfully. Along with many appearances by Mary Tamm as the first Romana (or a version thereof) and Lynda Bellingham as the Inquisitor, they made the bold choice to cast a Romana III in this final series and Juliet Landau puts in a fabulous performance as Lalla Ward’s future self. Absolutely worth tracking down, especially now that the series is complete. Early seasons are only available as CD rather than direct download, but they are priced very low.

Finally, I wanted to give a shout out for some Latin poetry. Yes, really! Clare Pollard has done a fantastic, very modern translation of Ovid’s Heroides (published as Ovid’s Heroines), a book which feels quite feminist in conception. The original poems are all framed as letters from a tragic woman of Greek myth addressing a man in her life (mostly husbands or lovers, some fathers, sons and objects of unrequited passion). By collecting these together and giving a voice to characters often rendered almost invisible, Ovid certainly demonstrates the appalling way in which women are indeed used as objects or made to suffer in the storytelling traditions which were so important in his day and continue to resonate now, thousands of years later. The downside, of course, is that it is also a book very much about woman-as-victim, which can be wearing if taken all at once. Pollard does a great job of capturing Ovid’s snark and humour, something many translators have struggled with over the centuries. She makes the poems and their protagonists feel terribly relevant, but the best part about the book is that she is really only using modern language to reveal what was already there.

Tansy Rayner Roberts is a co-host of Galactic Suburbia, and the author of the Creature Court trilogy. In 2013, she joined an all female Doctor Who podcast, Verity!, finished a 50 week blogging project about Doctor Who, and won the Hugo for Best Fan Writer. Her most recent release is Ink Black Magic, a comic fantasy novel about superheroes, pirates, and the ethics of magic. Check out Tansy's blog, or follow her on Twitter at @tansyrr
Posted by Timmi Duchamp at 6:00 AM