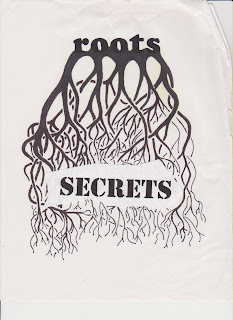 Sunday I told an old friend my family's multi-generational saga of rape and incest.  Most of it, anyway.  Into her silence at the end I asked, "Aren't all families like that?"

"No," she replied.  "No, they're not."  But I think our science fiction family might be.  At least a little.

The incident that my assertion above will bring immediately to mind for you depends on when you're reading this.  At the time I'm writing it, that's most likely the sexual harassment a congoer underwent at Readercon.  It wasn't the first incident of its kind.  It won't be the last.

I met the Readercon offender when he served as MC for the Carl Brandon Society Awards ceremony at Arisia in 2011.  I'm not shocked that he's someone I know.  That's how this sort of thing works.

The encounters that affront me are more often racial or cultural in nature than sexual.  And the people that hurt me, that stun me with their ignorance and blithe insensitivity, their privileged cluelessness, are my friends, my role models, my elders.  My tribe.


Gene Wolfe was inducted into the Chicago Literary Hall of Fame this past March.  I was asked to contribute an essay to the event's program book.  I'm very proud of  "Cookies and Kindness," which describes how sweet Wolfe was to me when we first met.  He was a GOH at 1983's World Fantasy Convention, and I was a total n00b whom he rescued from utter dejection.   But I left out of the essay our last meeting, a Locus Awards Weekend panel featuring him and Greg Bear speaking at length about the nonexistence of racial profiling.  That panel I came within inches of walking out of, because both these men whom I love and respect were so wrong I couldn't bear to hear what they chose to say on a topic of which they lacked any personal experience.  Honestly, if I'd been just a little closer to the aisle....And why, you may ask, didn't I stand up and speak out if I couldn't sit calmly and listen, or manage somehow to slip away?

Really, I really do love these men.  It's so hard to tell anyone you admire they're queefing like a douchebag.  I guess I'm doing it now.  Hi, Greg.  Hi, Gene.

I understand why the Readercon ConCom made the error that they made.  They were wrong; I'm so glad they've admitted that.  Let me repeat: it was a mistake not to apply the standing sexual harassment policy to René Walling just because he was who he was.  And I get how that mistake happened.

The hurts I've endured from racism and inappropriate cultural appropriation and the like are nonphysical, so perhaps they're not as horrific as those endured by members of our genre family suffering sexual predation.  I'm not the target in the cases I'm talking about, either.  There are a whole host of dissimilarities.  But here's what the two classes of offense share: they're committed by the opposite of strangers.

Would it help if I named more names?  The next one could be yours.
Posted by Nisi at 7:29 AM

Thank you for these hard and beautiful words.

The having to decide when it's best to walk away or try to speak just never ends. Balancing what's best for yourself, for those you speak with, and the community around both you and them is never easy, as far as I can see. Take care of you. <3

Thanks for posting this. You've outlined one of the reasons I dont go to conventions.

Re: racial profiling, because I have a feeling that some people are going to desperately demand "facts", and because one of the worst areas for racial profiling in the country is right by where I live, here are some links:

Here are some of the "facts" about racial profiling, specific to New York, that some folks need to have to take this sort of thing seriously, from the New York Civil Liberties Union, and a video about the Silent March against Stop and Frisk, held in NYC earlier this year, and a whole host of articles about stop and frisk from democracy now.

This is just a small sample. There's plenty documentation about racial profiling in all parts of the country targeting all kinds of ethnic groups.

I love this Nisi. It's the hardest sort of work and story to tell -- to the people we are related to or in our communities. It means that we think they might respond in good faith and that we have hope.

Walking away is (luckily) sometimes an option. Or rather than walking away, turning more firmly to others and paying attention to them which gives us more of a position of strength.

Actually... I also love that you just said "queefing like a douchebag". Hahahaah! Thanks for the laugh in the middle of a lot of seriousness!

Thank you so much, you three. Very glad to have someone linking to "facts." For me, it's all anecdotal, but still very, very real.

And glad you liked the laugh, Liz.

I've been a bit worried about backsplash from this post, but had to put it out there nonetheless.

I don't regularly read here; I got a link through Twitter. And I think this is a deeply important topic, and one that I don't know how to address. Thank you for writing and posting it.

Just like all those guys out there who are sure they're "not like that," I try very hard to be Not Like That -- but I'm very sure that I screw it up sometimes.

Because I don't have anything useful to contribute to the conversation except my ears, I hadn't planned to comment; but you mentioned being worried about backsplash from this post. That, at least, I can speak to -- not to say it won't happen, though I hope it won't, but to say that this is an important post, and I'm glad you made it. If there's an equivalent to the Gentlemen's Auxiliary of the Women Back Each Other Up project, I would sign up for it and read the instruction manual. If I see or hear backsplash on this, I will speak up - even if I don't think I can do it perfectly. (And then I'll listen if someone tells me I did it wrong.)

Much appreciated, one and all.

MJ Hardman gave me permission to post her email to me on this topic:

The Russ categories [She wrote an article about this project of hers that we published in WisCon Chronicles 5] are useful for this & can be used in some circumstances, but the problem as you outline it is huge.

One story: at a Humanist con during the lunch following a meeting one white man (married to a black owman; one would have thought he knew better?) started to take credit for what an older woman had done. We had, during that morning, had one of my workshops. She turned to me and said in a voice that could be heard by all the table, Do you think he is denying my agency? I responded in the affirmative and he never did it again. He was one whom we both cared for greatly. Without the vocabulary she could have done nothing (complain? whine?). The Russ categories, and the other vocabulary I introduce provide a way to specify without offense, in some circumstances. Words create things, so that it is not just nebulous 'whining' -- though when one is sitting in an audience such is difficult to do. and for 'racial profiling' some work on vocabulary creation needs to be done such that people like the two you speak of can be spoken to, such as, e.g., 'Do you deny my personal experience?' or 'Do you deny my personal observation?. Those are a bit too generic but I'm sure others can come up with better ways of handling these in a way that will cause such people to stop and think. And the widespread use of the vocabulary may help in causing widespread observation of such 'anecdotes'. My students so tell me.

Thanks for writing that. It took courage. Love, MJ