The Pleasures of Reading, Viewing, and Listening in 2011, part 12: Lynne M. Thomas

The Pleasures of Reading, Viewing, and Listening in 2011
by Lynne M. Thomas 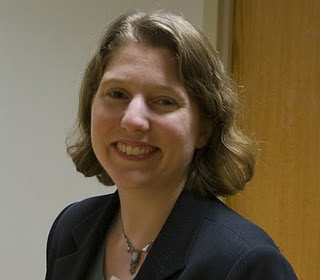 It’s hard to believe that 2011 is nearly over, but it has been filled with many wonderful things.
I began the year by reading what would become this year’s World Fantasy Award-winner for best novel, Nnedi Okorafor’s Who Fears Death. Okorafor’s prose was visceral and wrenching in the best possible way; she took on difficult topics with clarity. Lisa Goldstein’s The Uncertain Places was a haunting, lovingly rendered tale of a young man’s life among the fey. Alex Bledsoe’s subtle The Hum and the Shiver incorporated Appalachian music and traditions into a rural twist on urban fantasy that stayed with me long after I’d finished reading, as I contemplated how the novel was shaped like the music that informed it. Andrea Hairston’s Redwood and Wildfire provided an engrossing tale of migration from the Deep South to Chicago’s vaudeville and cinema theaters at the turn of the last century. Genevieve Valentine’s Mechanique twisted and turned through the beautifully written tale of a post-apocalyptic circus company struggling for survival.

In young adult and middle-grade literature, I really enjoyed Catherynne M. Valente’s Andre Norton Award-winning The Girl Who Circumnavigated Fairyland in a Ship of Her Own Making-- a quirky, sly, whimsical adventure tale of September, a young girl who is decidedly not the stay at home type. I’m very much looking forward to reading it my daughter. I also enjoyed Malinda Lo’s Huntress, which had splendidly drawn adolescent characters meeting fairy tale challenges in a haunting, wintry setting. 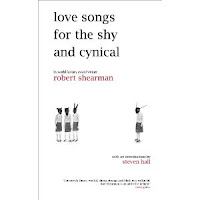 In short fiction anthologies, I caught up with the work of Shirley Jackson Award-winner Rob Shearman. His Love Songs for the Shy and Cynical took on love and life, and the uncertainty of whether one is actually managing to do either well with wry, self-deprecating humor and a dark amusement at human foibles.

Viewing has been a bit limited this year, and most of the things I watched were from the past. However, I can note that I have very much enjoyed this season of Doctor Who, especially the River Song arc. I finally saw for the first time the first season of the 1990s Batman: The Animated Series, which was a fantastic example of how animation can tell riveting visual stories. My favorite new-to-me series that I watched this year was The Middleman, which may well be the geekiest television series ever produced, with a heart of gold. This was a summer of comic book movies, and I found both Captain America and Thor quite entertaining. As is in keeping with the characters themselves, Captain America was a straightforward origin story, while Thor was a bit more exuberant in its storytelling.

Listening? My iPod is not the most adventurous, but I enjoyed the Radio Free Skaro (Doctor Who news and chat), and (still!) Galactic Suburbia podcasts (general SF news and chat from a decidedly feminist and snarky perspective) when I could catch them.

I’m looking forward to what 2012 will bring.

Lynne M. Thomas is the Editor-in-Chiefof Apex Magazine. She co-edited the Hugo Award-winning Chicks Dig Time Lords, as well as Whedonistas, and the forthcoming Chicks Dig Comics (all from Mad Norwegian Press). She is also the moderator for the SF Squeecast, a monthly SF/F podcast. In her day job, she is the Curator of Rare Books and Special Collections at Northern Illinois University, where she is responsible for the papers of over 55 SF/F authors. You can learn more about her shenanigans at lynnemthomas.com.
Posted by Timmi Duchamp at 8:31 PM