If you can afford to make a political contribution, a good place to send it, as Katha Pollitt points out, would be to the progressive, pro-choice Native American women running for the state legislature in South Dakota, where an initiative that would ban nearly all abortions in South Dakota is on the ballot. Women Run! South Dakota

is the umbrella organization for progressive pro-choice Native American women running for the state legislature: among them, Charon Asetoyer, Faith Spotted Eagle, Theresa Spry, Diane Long Fox Kastner, and incumbent Senator Theresa Two Bulls (the first, and so far only, Native American woman elected to the State Senate,now running for a third term). These are community organizers (take that, Sarah Palin!) with deep local roots, long-time activists on women's health, domestic violence, native american rights, and poverty issues. They would bring progressive grassroots leadership to a state where women currrently make up only 16% of the state legislature (and only four of those women are pro-choice), Native americans have long had trouble exercising their right to vote, and where not coincidentally, rightwing politics, including repeated attempts to make abortion a crime, have been the rule for far too long.

Check out the details in Pollitt's blog post. Donations can be made at WomenRun!'s Actblue page.

Sarah Palin, of course, continues to be as much in the news as her senior running mate:

--And on the political gossip front: apparently Sarah Palin's figured out that she's being set up to take the blame if McCain loses and is therefore "going rogue." Here's Ben Smith, in a piece at Politico:

"These people are going to try and shred her after the campaign to divert blame from themselves," a McCain insider said, referring to McCain's chief strategist, Steve Schmidt, and to Nicolle Wallace, a former Bush aide who has taken a lead role in Palin's campaign. Palin's partisans blame Wallace, in particular, for Palin's avoiding of the media for days and then giving a high-stakes interview to CBS News' Katie Couric, whose sometimes painful content the campaign allowed to be parceled out over a week.

The piece quotes sources who claim that Palin had no idea how expensive the designer outfits purchased for her were:

But few imagine that Palin will be able to repair her image - and bad poll numbers - in the eleven days before the campaign ends. And the final straw for Palin and her allies was the news that the campaign had reported spending $150,000 on her clothes, turning her, again, into the butt of late-night humor. "She never even set foot in these stores," the senior Republican said, noting Palin hadn't realized the cost when the clothes were brought to her in her Minnesota hotel room. "It's completely out-of-control operatives," said the close ally outside the campaign. "She has no responsibility for that. It's incredibly frustrating for us and for her." Between Palin's internal detractors and her allies, there's a middle ground: Some aides say that she's a flawed candidate whose handling exaggerated her weak spots.

The extent of Palin's naivete probably can't be gauged, especially given what has been emerging about her behavior as governor. But can there be any doubt that the McCain campaign chose her for cynical reasons that had nothing to do with her competence or fitness for high office?

treating their own vice presidential candidate like Valentino Barbie, dressing her up in fancy clothes and endlessly playing with her hair... with the economy cratering and the McCain campaign running on an "average Joe" theme, dunderheaded aides, led by the former Bushies Nicolle Wallace and Tracey Schmitt, constumed their Eliza Doolittle for a ball when she should have been dressing for a bailout.

Eliza Doolittle? Shaw's Eliza Doolittle was smart, if poor. She was a quick study who was actually able to speak in complete, logically-constructed sentences. (Not to mention that she refused to follow through on the standard narrative arc assigned to women characters when it was offered to her.) What an inapt analogy for Dowd to choose. (Though perhaps she's not thinking of GBS's original character at all... Perhaps she doesn't even know GBS's original character...)

Dowd notes that Republicans have been charging the media with sexism for reporting on Palin's new wardrobe, then comments:

It doesn't wash to cry sexism now any more than it did at the beginning, when the campaign tried to use that dodge to divert attention from Palin's lacunae in the sort of knowledge you need to run the world. The press has written plenty about the vanities ad extravagances of male candidates. (See: Haircuts, John Edwards and Bill Clinton.) Sexism would be to treat Palin differently, or more delicately, than one of the guys.

Hmm. We're probably not going to get incisive feminist analysis of all these issues for a year or two. (I fully expect feminist theorists to be doing some interesting work on the subject of Sarah Palin's candidacy in the near- to mid-future.) Dowd pretty much undercuts her postion with a rather typical-for-her generalization in the last paragraph of her piece:

Makeovers are every woma's dream. But this makeover has simply pushed back Palin's dream of being president.

Oh gag me with a spoon, honey. 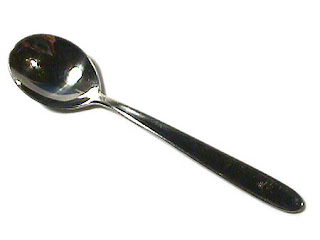 Posted by Timmi Duchamp at 2:22 PM

Email ThisBlogThis!Share to TwitterShare to FacebookShare to Pinterest
Labels: US politics, women in politics