I tend to forget to take photos at WisCon, except for those I've gotten in the habit of doing-- chiefly of the Aqueduct Press-organized readings. Partly this is because I don't like to take photos without first getting permission from those who will be clearly identifiable in the photo (which pretty much rules out most candid photos), partly because I tend to get so caught up in talking to people that I forget. On our first night at WisCon, I remembered to take a photo of the window of Room of One's Own (which I of course stared admiringly at before entering the store), and a photo of Kath, Arrate, Nisi Shawl, and Margaret McBride at dinner. (Tom was leaning in back in his chair, & so, like me, who was talking the photo, is invisible.) 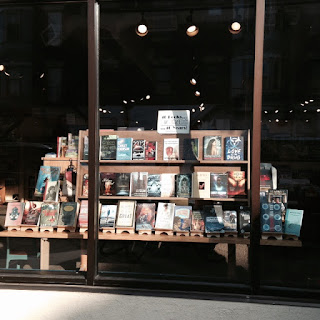 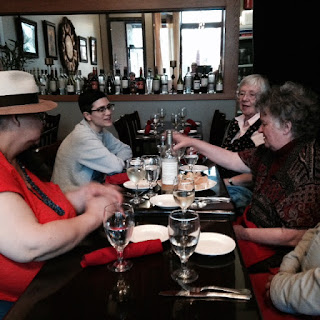 Hmm. Actually, you can see Tom's arm, the napkin in his lap. The food was Peruvian, and we were all in an exuberant mood and rejoicing at being all together again and attending another WisCon.

Friday, I took a picture of our tables in the Dealers Room. Kim Nash took the photo so that all four of us could be in the photo: this is what it the center part of the table looked like before the doors to the Dealers Room were opened: 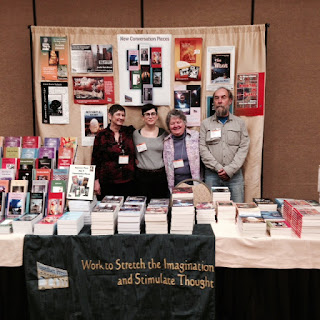 Reading on Saturday were Anne Sheldon (who read several poems and an excerpt from Adventures of the Faithful Counselor, Mary Anne Mohanraj (who read from the introduction of The WisCon Chronicles Vol 9: Intersections and Alliances, Jackie Hatton (who read from Flesh and Wires, which Aqueduct Press will be releasing later this year), Andrea Hairston (who read from a novella), and me (who read a portion of "The Forbidden Words of Margaret A., which has just been reprinted in Ann and Jeff VanderMeer's Sisters of the Revolution): 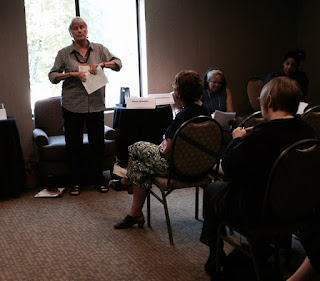 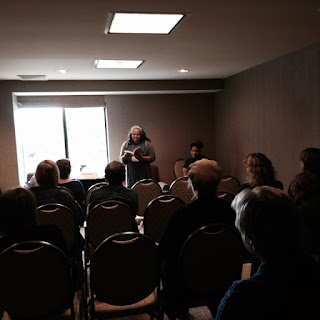 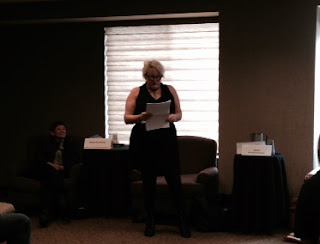 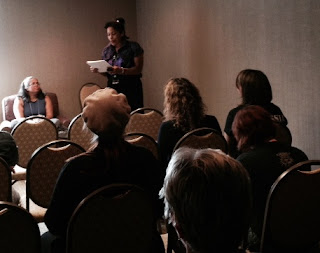 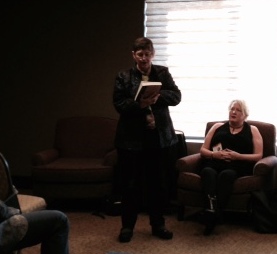 And reading on Sunday were Eleanor Arnason (who read from The Daughter of the Bear King, which Aqueduct recently released in an ebook edition), Nancy Jane Moore (who read from The Weave), Therese Pieczynski (not an Aqueduct author, but one who writes very much in the spirit of Aqueduct and who read a teaser from a story that had everyone on the edge of their seat), and Lisa Shapter (who read from her novella A Day in Deep Freeze, which Aqueduct published this spring, and who prefers not to be photographed). 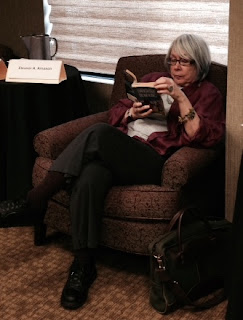 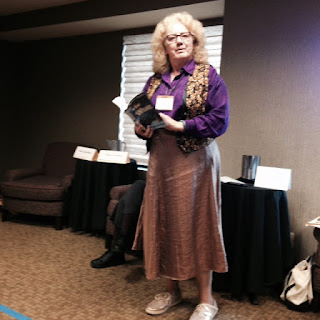 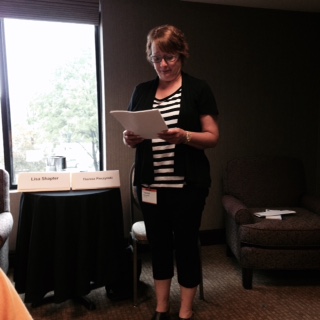 Posted by Timmi Duchamp at 8:25 PM