I notice that today's review at Strange Horizons, by T.S. Miller on 3, singles out the three stories in the anthology that I thought were outstanding-- Karen Joy Fowler's "Pelican Bar," Maureen McHugh's "Useless Things," and Nicola Griffith's "It Takes Two."


Meanwhile, Jeff VanderMeer's piece on "The Best of 2009" has just been posted at Locus Online. Aqueduct Press's 2009 books fare well in his estimation. In particular, he classes among his favorite books of the year Centuries Ago and Very Fast and The Secret Feminist Cabal. Here's what he has to say about them: 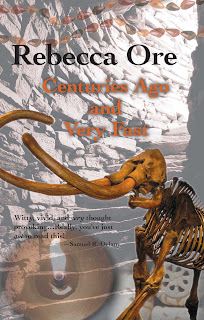 Centuries Ago and Very Fast by Rebecca Ore (from the truly amazing Aqueduct Press) has a kinetic energy and hard-to-define originality that held me captivated from first word to last. Profane — scandalous? — the book wraps stories around stories, combines the surreal with the mundane and every-day. A story like "Acid and Stoned Reindeer" that I thought was either genius or chaos when published by Clarkesworld works much better in the context of the other stories. I'm not really sure how to describe a book that includes lines like "We'd run out of mammoths. The ponies looked nervous.", but I tend to come down on the side of finding it fascinating, although I know many readers will find this collection difficult.

The Secret Feminist Cabal provides a context for many of the recent online discussions about gender and the politics of gender. The book is brilliant in how it fills in a potentially lost history of the genre, detailing the 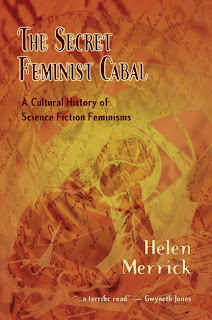 involvement of female fans in the genre community from the early days, the birth of feminist SF and criticism, and also the many arguments back and forth between male and female writers in the 1970s and 1980s. I may be unaware of similar books on this subject, but for me it was fascinating to read Merrick's documentation of discussions between writers like Joanna Russ and Michael G. Coney. Better yet, Merrick's excellent prose makes The Secret Feminist Cabal a compulsive reading experience. (For an even more complete reading experience, read the Merrick in conjunction with another excellent nonfiction book from 2009, the Farah Mendelsohn-edited On Joanna Russ; it contains a variety of perspectives on Russ and her work from, among others, Gary K. Wolfe, Samuel R. Delany, Graham Sleight, and Merrick herself.)

I heartily second the recommend of combining The Secret Feminist Cabal with On Joanna Russ. Togher, these reads are not only complementary, but even synergistic.
Posted by Timmi Duchamp at 2:19 PM