The Pleasures of Reading, Viewing, and Listening in 2008, Part Five: Rebecca Ore and Sue Lange 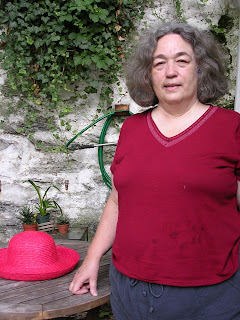 On Watching a Whole lot of Dr. Who and Torchwood

Recently, I discovered Torchwood and Dr. Who and put a lot of it on my computer. The interesting and perhaps counterintuitive thing about industrial entertainment is that it’s produced by fewer and fewer people, especially for majority cultures with sufficient incomes to matter. Torchwood, as another friend said, is something we both would like to like but the plotting was consistently dumb in the first season (Billis Manger was wasted as a villain and was too much of a troll to dedicate his life to a cheesy all devouring monster) and not much better in the second season. Characters good, plot logic unbelievable (I’m sorry, but a dead man reanimated by alien life force who can speak is breathing even if his lungs aren’t taking fractions of oxygen off).

Dr. Who has fewer gaping plot holes, but the characterization isn’t quite as good except for the tenth doctor played by David Tennant.

In the 1980s, I saw Dr. Who for the first time and wasn’t impressed. The current Dr. Who has the necessary mix of being easy to follow along with visual and verbal references that are supposed to engage the more sophisticated (shot of R2D2 among the Daleks, quotes from Proust) and a running defense of popular entertainment as
art (Rowling proves that the best education for a popular novelist is popular work from the past, the classics in Latin and Greek). Our heros meet Queen Victoria and are banished; save five people from Pompeii and meet Agatha Christie who is still in print thousands of years in the future. Other than Queen Victoria (saved by her husband and the doctor, though), women are support except at Torchwood, but the woman in charge of Torchwood London is a parody of the touchy/feely people-person manager and also becomes responsible for making a mess. The other woman whose job isn’t support is Harriet Jones, who is so insecure that she had to identify herself as the Prime Minister, and who the Doctor deposes by asking her right-hand man if she doesn’t look tired.

Sigh. We can have jobs, but most of the time, the team leaders are still men, even if some are gay. 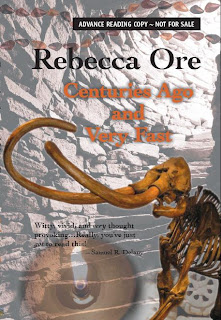 Rebecca is the author os numerous novels, including Gaia's Toys, Slow Funeral, and Time's Child. Aqueduct published her novella Alien Bootlegger in 2005 and will be releasing her new collection of linked stories, Centuries Ago and Very Fast, in April 2009. 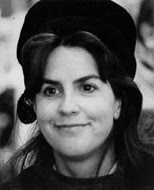 
As a writer, I ought to remark on my reading experiences of 2008, but really, how can I? How can anyone? Without the benefit of cable or even a daily newspaper subscription, I still find myself more informed than ever because of my total immersion, that is, my drowning, in the Internet. In 2008 I was inundated with news from around the world every working minute of every working day. The voices came from everywhere: blogs, alternative news pages, CNN, the websites of thousands of people and organizations unknown to me but fascinating none the less. Every hour hundreds of snippets marking the comings and goings of the planet’s lifeforms flickered across my monitor. No particular entry was ever in front of me long enough for me to register so much as an “omigod” or “I know exactly what you mean” in the comments section. How can I opinionate on anything I read in 2008? I’m quite sure I don’t remember any of it. The moment anything astonishing crossed my browser’s path, I was already clicking on to the next thing. Probably the funniest cat photo since the dawn of mankind.

Heretofore my all time favorite movie was Never Cry Wolf, a Disney feature. Go figure. Never Cry Wolf very neatly illustrates the complex predator/prey relationships we’re all familiar with in this National Geographic Special world we live in. We all know the hunter seeks out the weakest individuals amongst the hunted, thereby keeping the population strong through the foils of natural selection. The prey is beautiful. The predator is beautiful. Nature is beautiful and perfect. And so, in my opinion, was the movie. Extra points for the scene with the naked man. Hollywood doesn’t give us many glimpses of male buff. Really, though, the movie appealed to my inner scientist. I love that biology, that Darwin, those efficient dogs. There was humor in the movie as well, and a gorgeous scene of thundering caribou. As is usually the case with Disney, there was something for everyone. In spite of that, I loved it.

This year, though, Lina Wertmüller’s Love and Anarchy replaced Never Cry Wolf in my List of Top One movie. I’d seen this flick a few times before, but only recently realized how fabulous it is. My preference for the empirical and tidy has now been supplanted by the lovely and murky.

I am not naturally a lover of Italian movies. I don’t usually get Fellini. I speak just enough Italian to know we’re not getting good translations, but even if they translated the jokes properly, I probably still wouldn’t get them. Not getting the humor in a Fellini movie is like not getting the humor in a Woody Allen movie. All that’s left is a story about a man who can’t come to grips with his age. He keeps switching up partners, knowing that’s not the answer but he doesn’t know what else to do. Women are objectified, both worshipped and hated. It’s too tragic and hard to watch without the laughs.

Wertmüller’s movies are not introspective like Fellini’s. They are not about her. Her movies are about the big picture, usually Italian politics. And you will get the jokes if you watch more than once. You figure them out even with crappy translations that try to portray Italians as being polite when we know the truth: they’re just like all the rest of us humans. As is usual with Wertmüller, Love and Anarchy juxtaposes the silliest of slapstick alongside serious scenes of frightening or bittersweet circumstance. The result is puzzling and at the same time poignant.

In Love and Anarchy Wertmüller’s two favorite actors, Giancarlo Giannini and Mariangela Melato, play a country bumpkin (Tonino) tasked with assassinating Benito Mussolini, and the prostitute (Salome) assigned to setting him up in Rome. Tonino is innocent of politics, he barely knows the difference between an anarchist and a blackshirt, but he’s on a mission to vindicate a good friend killed by the fascists. Salome is likewise seeking vengeance for the beating death of a friend years earlier.

The movie covers the four days prior to Tonino’s appointment with destiny and stays fairly light throughout. The end, though, is classic Wertmüller: dark, frightening, and bereft of hope. There is evidence early in the story of how ugly it will get, but you don’t realize it with all the other foolishness going on. Despite the romping in the whorehouse, though, there are signs, there are signs. Salome’s description of her fiancé’s death; an innkeeper laughing when recounting how his fingers had been cut off because he’d been tardy with the chicken; Nino Rota’s haunting soundtrack. They all gnaw at you in a barely perceptible way. Only deep down inside do you sense there’s something wrong with this picture.

Like Fellini, Wertmüller uses preposterous, grotesque, clownish characters to keep you off balance, keep your mind off what’s lurking beneath. Take my favorite scene of the movie: dinnertime at the brothel. The prostitutes, madame, and maid are shown eating, joking, arguing, and competing while Tonino silently eats with his hands and watches the back and forth banter like a cat at a ping pong match. A fun time is had by all. After dinner the mood turns broody as Anna Melato plays guitar and sings a mournful song -- “Amara Me.” (Watch the YouTube video of this incredible scene here; it starts about half way through the video.) Extreme close-ups of Salome, Tonino, and Tripolina foreshadow the coming disaster. As a certain something develops between Tripolina and Tonino, it dawns on Salome that the mission is going to fail. She watches the star-crossed lovers and knows they’re going to muck everything up. Without a single spoken word, the scene is classic cinema: it foretells the ending, it is perfectly shot and blocked. It is sick, sad, happy, beautiful, hopeful, doomed, opaque, and totally transparent. The ultimate artistic statement. The audience is probably for the most part ignorant of all that is said and done in that little scene. We watch the rest of the movie unaware of the blackness ahead, but when it comes, we are reminded of the sad song that played as Tonino and Tripolina fell in love.

Wertmüller is not easy. She lulls you into a jolly mood and then slams your face into the concrete. She shows you what life is really like. What it was like under the fascists. Maybe what it could be like again. She does not give any answers. More likely she asks questions. At the end of the movie we learn that Mussolini had actually started pardoning his enemies, the anarchists. Maybe he wasn’t such a bad guy after all. Maybe we should feel sorry for him because he wound up with his head on the spike. She leaves us with an ambiguous quote by Enrico Malatesta, an Italian anarchist, implying a less than gracious attitude on his part toward the martyrs of his revolution. Who were the bad guys, then? we wonder.

Perhaps her views are best summed up by Tripolina’s question to Salome: What is it good for?

I’m not an expert. I’m only a film buff. I wouldn’t know high art if it smashed me in my face with a cream pie. But when a movie comes to me with an important idea and at the same time makes science rivetting as in Never Cry Wolf or history relevant as in Love and Anarchy, I have to say it is beautiful. And it’s certainly worthy of a mention in the 2008 wrap up at Aqueduct Press. 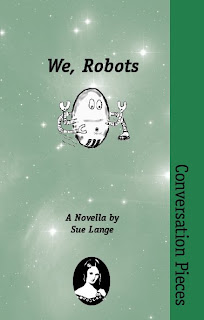