The Pleasures of Reading, Viewing, and Listening in 2017: pt.4: Sofia Samatar 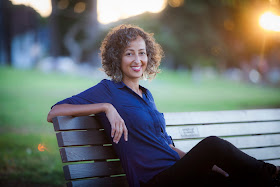 The Pleasures of 2017
by Sofia Samatar


I devoured This Young Monster by Charlie Fox—a dazzling collection of personal essays on monsters, the monstrous, art, and culture. It’s the perfect companion to the horror show of today’s America, and also to Stranger Things, which I watched with the avid passion of a teenage Winona Ryder fan, since that’s what I actually am.

In poetry, I loved the questing spirit of Anna Moschovakis’s They and We Will Get into Trouble for This, the way black-body radiation meets the radiant black body in Samiya Bashir’s Field Theories, and Bhanu Kapil’s urgent, delirious, vagabond writing in Ban en Banlieue and its companion chapbook, entre-Ban. Kate Zambreno’s Book of Mutter, a philosophical investigation of grief, time, and the practice of art.

Kathryn Davis’s Labrador, which I’ve probably read 15 times—it’s still one of the best fantasies ever written.

Sir Gawain and the Green Knight, Pearl, and Sir Orfeo, translated by J.R.R. Tolkien (he was a really good translator!).

And finally, The Complete Stories of Leonora Carrington, an absolute treasure. I love it when the hyena tears her face off.

Sofia Samatar is the author of the novel A Stranger in Olondria, winner of the William L. Crawford Award, the British Fantasy Award, and the World Fantasy Award. She is also a Hugo and Nebula Award finalist and the recipient of the 2014 John W. Campbell Award for Best New Writer. Her latest novel, The Winged Histories, was published by Small Beer Press in 2016.