The Pleasures of Reading, Listening, and Viewing in 2017: pt. 5: Andrea Hairston 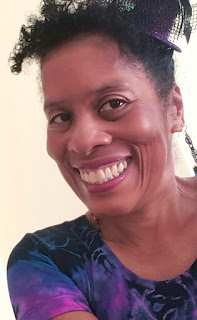 
What a year, hurtling 585.6 million miles around the Sun! And the Sun was racing around too, with the whole solar system, billions of miles, and yet it is such a struggle to feel like we’re getting somewhere. Here in the US of A, still fighting the Civil War. Cannons smoking, bullets raining down, monuments falling—flesh and blood, brick and stone, crumbling. It’s hard to see or feel or reach each other. War mongers are thriving in the lethal divide. So I am reading thick books or sitting in a theatre waiting for the curtain to rise, or going to the movies—for my life, for our humanity.

In 1990 (billions of miles ago), Pearl Cleage writes in a self-published volume, Mad At Miles, A Blackwoman’s Guide to Truth:
Can we make love to the rhythms of “a little early Miles” when he may have spent the morning of the day he recorded the music slapping one of our sisters in the mouth? Can we continue to celebrate the genius in the face of the monster?

After women at École Polytechnique in Canada were shot for being feminist (or wanting to be engineers or for just being women…), Pearl Cleage declares she is writing, writing, writing for her life. I had the good fortune to read Pearl’s essays again this year. Her words call me to clarity in this war on truth.
Returning from sabbatical to Smith College in September 2017, I am greeted with a crisis over words. An all-college gathering is convened once again to discuss the words we use/have used to crush spirits, erase history, and steal agency. And there I am again, sitting on a panel explaining the special power of the spoken word, of performance. I mean, if you stand up and say the words, you can get our skin to crawl or our spirits to soar or our hearts to ache or, well, you know what I’m talking about. I have been sitting on this same panel for almost forty years. Performers, writers, artists, teachers, politicians, anybody and everybody can tap the magical powers, the actual super powers of words and stories and art. Speak the spell and we transcend our skin and feel the world, the whole universe. This is a sacred power. Any person wielding that power ought to take the time to understand what they’re doing.
So for the 585.6 million miles of 2017, reading (and writing) has been a refuge, an inspiration, an act of defiance, an act of solidarity. Reading (and writing) has been certain joy. I taught a course this fall: Rehearsing the Impossible: Black Women Playwrights Interrupting the Master Narrative. I got to spend time with writers who’ve been holding on and turning back murderous lies, who’ve been celebrating joy and requiring truth—good medicine in these times. At the last class, students confessed that they don’t usually read everything on a syllabus, but they read these plays and even reread what at first seemed impossible to understand: Funnyhouse of a Negro by Adrienne Kennedy. This anti-realist one-act lets us experience the distorting mirrors of the American house of horrors. Students were haunted by Kennedy’s play, kept coming back to it, kept feeling Kennedy’s insights creeping up on them. Funnyhouse of a Negro changed us all.

The class went together to Lenelle Moise’s performance, “Black Feminist Queer Immigrant Love Poems” and got a taste of K-I-S-S-I-N-G, a play about the possibility of love and romance in the worst of times, when hate seems poised to obliterate possibility. (http://www.lenellemoise.com/KISSING.html). Lenelle also got the Haitian revolution in her poetry and surprised and delighted her audience with what they didn’t know but were longing to hear. Revelations in the theatre. Look for Haiti Glass, K-I-S-S-I-N-G or Lenelle’s solo performance coming to a theatre near you!
My students were also thrilled to read Flyin’ West by Pearl Cleage and discover the black pioneer women who got fed up with lynching and Jim Crow and, heeding Ida B. Wells’ call, headed West in the late 1890’s. Flyin’ West is an afro-futurist delight, a recovery of lost history and a speculation on what might have been as black women struggle to make a new world, as they work to create a utopia for themselves and their families. https://www.barnesandnoble.com/w/flyin-west-and-other-plays-pearl-cleage/1122982978?ean=9781559361682
I have had the pleasure of reading emerging writers at Clarion San Diego in the summer and this fall in creative writing classes at Smith. Students write about imaginary friends that won’t die; the violence that haunts women’s loves but doesn’t define who they are; and what men have been getting away with, but no more. Frustrated mothers wrestle with daughters over unrequited dreams, and being possessed by a demon leads to romance. They also write about coming of age and facing the dragon in the mirror; women zooming off to one of Jupiter’s moons to seek out new life; and the spirit quests of Jewish women mystics over a hundred years ago.
Hope for the future.
In On Tyranny: twenty lessons from the twentieth century, Timothy Snyder offers us insight and action so that we can recognize tyranny and resist it, defeat it. https://www.barnesandnoble.com/w/on-tyranny-timothy-snyder/1125454355#/

Biocentrism: How Life and Consciousness Are the Keys to Understanding the True Nature of the Universe by Robert Lanza and Bob Berman is good brain food.
Back in February, I was invited to Princeton to contemplate the possibility of life on Europa (or somewhere beyond Earth) with scientists, theologians, historians, and folks from NASA. For this gathering, I reread The Sparrow by Mary Doria Russell. https://www.penguinrandomhouse.com/books/159094/the-sparrow-by-mary-doria-russell/9780449912553/  She takes us on a wild ride. Jesuits fly off to a new world near Alpha Centauri and make first contact with sentient extraterrestrial life. Of course, to discover an “alien” new world/society, we must transform our minds so as not to experience the new world as simply an extension of the world we come from.  The real journey of the book is to a new mind. That’s what I’m working on.

Andrea Hairston is author of Will Do Magic For Small Change, finalist for the Mythopoeic Award, Lambda Award, Tiptree Award, and a New York Times Editor’s pick. Other novels include: Redwood and Wildfire, a Tiptree and Carl Brandon Award winner, and Mindscape, winner of Carl Brandon Award. All her novels were published by Aqueduct Press. She has also published essays, plays, and short fiction and received grants from the NEA, Rockefeller Foundation, and Ford Foundation. Andrea is a Professor of Theatre and Africana Studies at Smith College.
Andrea Hairston at 6:00 AM
Share